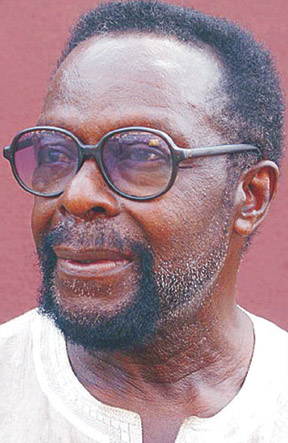 The death of Nollywood veteran actor, popularly called Uncle Lari Williams, Officer of the Order of the Nigeria (OON) by those who knew him, has been announced dead.

Announcing his passing on Social Media, Journalist, Theatre preactitioners and academic doctor, Dr. Shaibu Husseini said he was informed of death of the the veteran actor in the morning of the 28th of February.

Dr. Shaibu Husseini wrote: I have been in touch with Uncle Lari Williams from his base in Ikom. The last time we spoke on a contact he wanted me to make was just on February 24th. I promised to get positive feedback to him this Monday, February 28th and I heard, he is DEAD!! Kai!

My colleagues Adebayo and Rafiu Aderemi would recall that Uncle Lari called me thrice as I was driving and I parked, returned the call and we spoke for about 30 minutes. The Uncle Lari I spoke to never sounded as though he would transit four days later. We talked about everything around the arts and moviedom and he asked when I was going to update the piece I did on him in my book on the Pioneers of Nollywood.

Wish I recorded our conversation. Been checking every part of my email to see if he kept his promise of forwarding the articles to me just for my attention.
But it is well. I will still get the message across to the fellow you wanted me to reach out to. Good night Legend. Good night Uncle Lari “Babalari” Williams. Good night to the method actor and performance poet. Rest and worry NO MORE!!