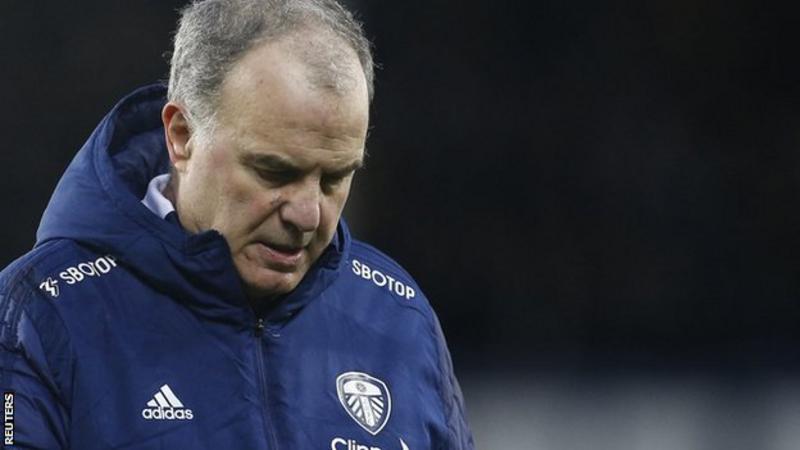 Head coach Marcelo Bielsa has “parted company” with Leeds United after a run of poor form that saw his side suffer several heavy defeats.

The 66-year-old Argentine, appointed in June 2018, leaves with the Whites two points above the relegation zone.

Under Bielsa, Leeds finished ninth last season on their return to the Premier League after a 16-year absence.

But Saturday’s 4-0 defeat by Tottenham meant they had lost their past four games by an aggregate score of 17-2.

“This has been the toughest decision I have had to make during my tenure at Leeds United, taking into account all the success Marcelo has had at the club,” said Leeds United chairman Andrea Radrizzani.

“With Marcelo as our head coach, we had three incredible campaigns and the good times returned to Elland Road. He changed the culture of the club and brought a winning mentality to us all.

“However, I have to act in the best interest of the club and I believe a change is required now in order to secure our Premier League status. Recent results and performances have not met our expectations.

“We find ourselves in a precarious league position and I feel now is the right time to bring in a new head coach, in order to have an impact in the decisive stage of the season.”

Leeds said they were aiming to make an announcement on Bielsa’s replacement on Monday.

Former RB Leipzig coach Jesse Marsch is thought to be the favourite to take over.

The 48-year-old American, who has also coached New York Red Bulls and Red Bull Salzburg, left the German club in November after a five-month spell ended by mutual consent.

Other potential candidates could include former Barcelona coach Ernesto Valverde, who replaced Bielsa at Athletic Bilbao and is currently out of work, and Huddersfield boss Carlos Corberan.