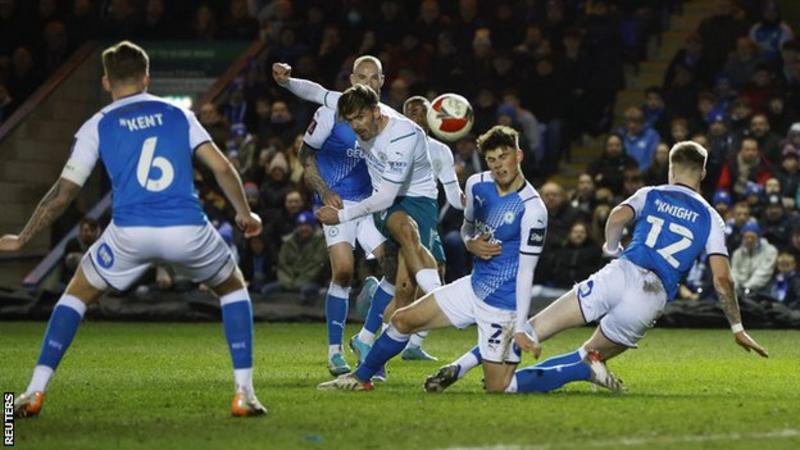 Manchester City were made to work hard by Peterborough United before sealing a place in the FA Cup quarter-finals.

Peterborough, bottom of the Championship, should have taken the lead with the game goalless but Sammie Szmodics scuffed his attempt.

Six-time Winners, City will discover their last-eight opponents on Thursday.

City has now scored 103 goals in all competitions this season.

But Peterborough gave Guardiola and his players a scare before two goals – and two assists by Phil Foden – in the space of seven second-half minutes sealed City’s passage.

City made six changes but still fielded a strong side which included the returning Zinchenko, handed the captain’s armband by Fernandinho in a sign of solidarity and support.

It was Zinchenko’s first game since his homeland was invaded by Russia and he held the Ukrainian flag on the pitch with Peterborough captain Frankie Kent before kick-off.

A message on the big screen read ‘We Stand With Ukraine’ and fans held up a banner which read ‘Zinchenko: We Stand With You’. 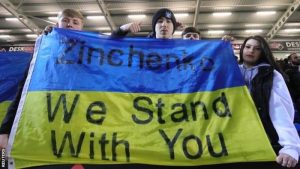 Zinchenko, making his first start since 12 February, had a couple of early attempts but City’s team of expensive signings and internationals failed to test keeper Steven Benda before Mahrez struck on the hour.

The Algeria winger had lots of work to do after receiving a pass from Foden but showed his quality by creating space for himself to break the deadlock.

Minutes later, Grealish showed why he is the most expensive British player of all time with a quality first touch to bring Foden’s long ball forward under control before he rolled it beyond the keeper and into the net.