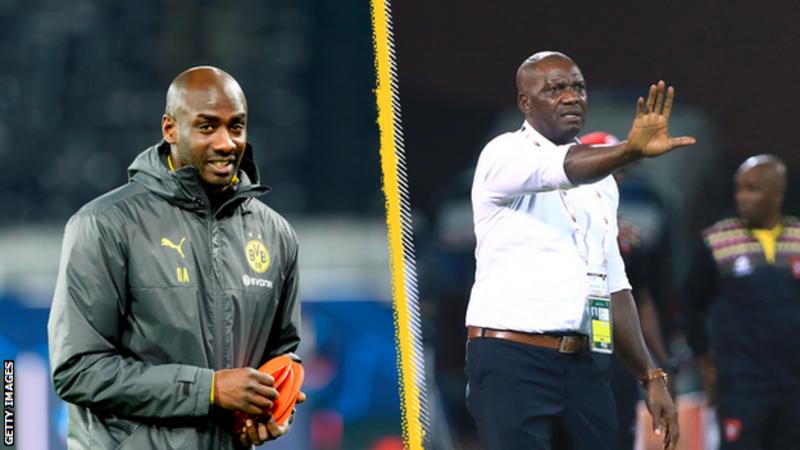 Intense West African rivals Ghana and Nigeria could not be separated as they played out a stalemate in the first leg of their 2022 World Cup play-off in Kumasi.

Hyped up beforehand, the contest in front of a capacity crowd in the Ghanaian city featured few chances but was played at a rare pace in an electric atmosphere.

Nigeria thought they had won a penalty fifteen minutes from time, only for Moroccan referee Redouane Jiyed to overturn his decision after consultation with the Video Assistant Referee, being used in an African World Cup play-off for the first time.

The Baba Yara Stadium was desperate for a home goal but instead saw both goalkeepers pull off fine stops in a closely-matched contest between two sides who exited this year’s Africa Cup of Nations early on.

At the other end, Nigeria forward Moses Simon was rebuffed twice by Ghana goalkeeper Jojo Wollacott as the teams met in a World Cup clash for the first time since 2001.

Early on, the main threats were coming from Ghana coach Otto Addo’s side with Gideon Mensah missing the target before Kudus’ rasping shot was pushed away.

Nigeria’s first effort came from Simon as he thumped in a low drive blocked by Wollacott, while Uzoho smothered Jordan Ayew’s effort after the forward’s pace had stretched the defence.

In the 75th minute, Nigeria thought they had earned a penalty given after Idrissu Baba handled the ball in the box but the referee overturned his initial verdict.

Asked to check his decision by VAR on the pitchside monitor, Jiyed instead ruled that Idrissu had been fouled in the build-up.

Nigeria will be the happier of the two sides ahead of Tuesday’s second leg but with the away goals rule in place, Ghana know any score draw – at the Abuja Stadium where Nigeria have not played a home match in over a decade – will take them to their fourth finals.

Another goalless draw would see the tie go to extra time and if there are still no goals after 120 minutes, a penalty shoot-out will decide which of the rivals goes to Qatar.