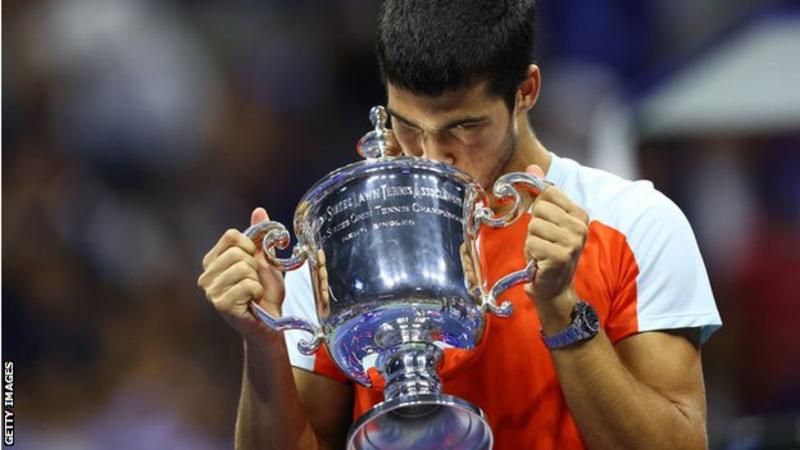 Spanish teenager Carlos Alcaraz fulfilled his potential as a future Grand Slam champion and world number one by beating Casper Ruud in the US Open final to achieve both feats.

The 19-year-old is the youngest men’s Grand Slam champion since Rafael Nadal won the French Open in 2005.

Ruud, 23, would have become the new world number one if he had won, but has now lost both of his two major finals.

Instead it is Alcaraz who replaces Russia’s Daniil Medvedev at the top, becoming the first teenager to climb to the summit in the 49-year history of the ATP rankings.

After hitting a routine forehand long on his first championship point, Alcaraz took his second with a service winner out wide and instantly fell flat on his back in celebration in New York.

Alcaraz, who saved two set points in the third which would have put Ruud ahead, ran up to his team in the stands and danced with them in a huddle, before returning to his seat where he was crying at the same time as smiling.

“This is something which I dreamt of since I was a kid, being number one in the world and a champion of a Grand Slam,” said Alcaraz, who saved a match point against Jannik Sinner in the last eight to reach his first major semi-final.

“It is something I have worked very hard for. It is really, really special.”

Alcaraz, with his powerful hitting and supreme athleticism, has long been tipped for greatness.

Since being identified as a potential superstar aged 11, he has developed under the guidance of former world number one Juan Carlos Ferrero and taken his game to new levels this season.

Now Alcaraz has made his breakthrough on one of the biggest stages in the sport.

Over the past fortnight he has shown his talent and heart to win over legions of new fans, demonstrating why he is considered by many as the player best placed to replace Nadal, Novak Djokovic and Roger Federer at the top of the men’s game in the coming years.

Generally, over the course of a near three-and-a-half hour win over fifth seed Ruud, he looked unburdened by the weight of history. 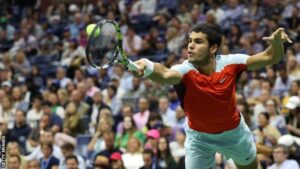