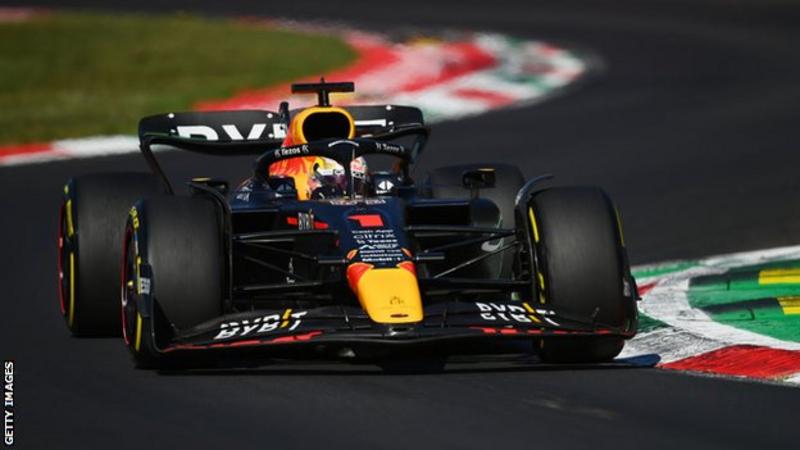 This Formula 1 season has distilled into a sort of ‘Challenge Max Verstappen’ show – pick a grid position for the Red Bull driver and see if he can win. The answer has become, invariably, yes.

In Hungary, at the beginning of August, Verstappen started 10th, and won. In Belgium, after the summer break, he was 15th on the grid, and won. At the Italian Grand Prix at Monza on Sunday, he started seventh.

It is a measure of Verstappen and Red Bull’s superiority that pretty much everyone thought he was going to win from there, even with Charles Leclerc on pole for Ferrari at their home race. Mercedes driver George Russell, starting second behind Leclerc, said: “You’d have to be pretty stupid to bet against it.”

Verstappen was up to third a matter of metres after crossing the line to start lap three, and second two laps later. As he sat there over the next few laps, edging ever closer to Leclerc, it was simply a matter of time before the Dutchman was in front.

Ferrari gambled on strategy, but the reality was it made no difference.

“I don’t think strategically they made a bad call,” Red Bull team principal Christian Horner said. “We just had a quicker package and we would have won the race irrelevant of that.”

“It’s not difficult to beat a faster car,” Binotto said. “It is impossible. He was faster. Whatever was the strategy, he would have won.”

It was not always this way. The season has turned around quickly. There was a period when Red Bull were engaged in a very tough battle with Ferrari.

Ferrari’s errors and mishaps have been smoothing Verstappen’s path for some time, but as recently as late July, there was little to choose between the two teams in performance.

Not anymore – and the Italian Grand Prix was a perfect demonstration of how the margin between the teams has grown in just a month or two from a sliver to a chasm.

Red Bull, Horner said, compromised their qualifying performance by running more downforce, knowing they would be taking a five-place grid penalty for using too many engine parts.

That meant their usual straight-line speed advantage was reduced – at the track where it is the most important of any on the calendar in determining lap time. Still Verstappen lost pole to Leclerc by only 0.145secs after one of the Monegasque’s trademark on-the-limit, last-minute specials.

Ferrari, Red Bull believed from looking at the GPS data, were also running their engines in a higher mode than usual; they assumed in order to look better at their home race.

But within a few laps of the start, it became clear that not only was Verstappen faster than Leclerc, his car was wearing its tyres less.

If Leclerc had stayed out under the early virtual safety car, Verstappen would have pitted. Ferrari went for it instead. They surrendered track position, locking themselves into a slower two-stop strategy, hoping at least to try to come back at Verstappen on grippier tyres at the end of the race.

But when Leclerc made his second stop, he was no faster than Verstappen when he emerged. And his resigned demeanour after the race told its own story.

Verstappen now leads Leclerc by 116 points. If he leaves the next race in Singapore 138 ahead, the title is his. That might be too much of an ask – it would require Verstappen to win, and Leclerc not to score. But it will come soon enough, no matter what. 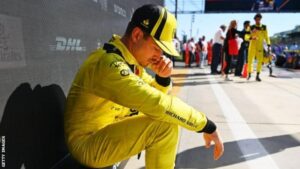