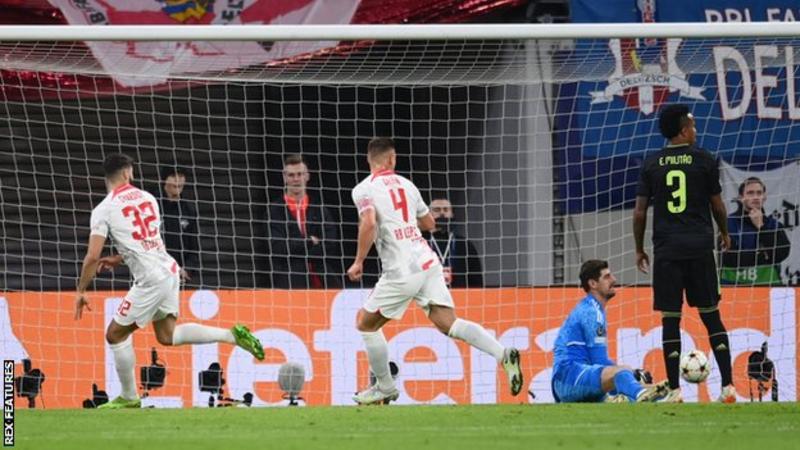 European champions Real Madrid suffered a first defeat of the season as RB Leipzig strengthened their hopes of making the Champions League last 16.

Vinicius Jr reduced the deficit but ex-Chelsea forward Timo Werner made sure of a memorable win for RB Leipzig.

Real, who had already qualified for the knockout stage, scored a late second with a penalty from Rodrygo.

With Celtic holding Shakhtar Donetsk in Glasgow in the other game in Group F, second-placed RB Leipzig have nine points, three more than Shakhtar who are in third spot.