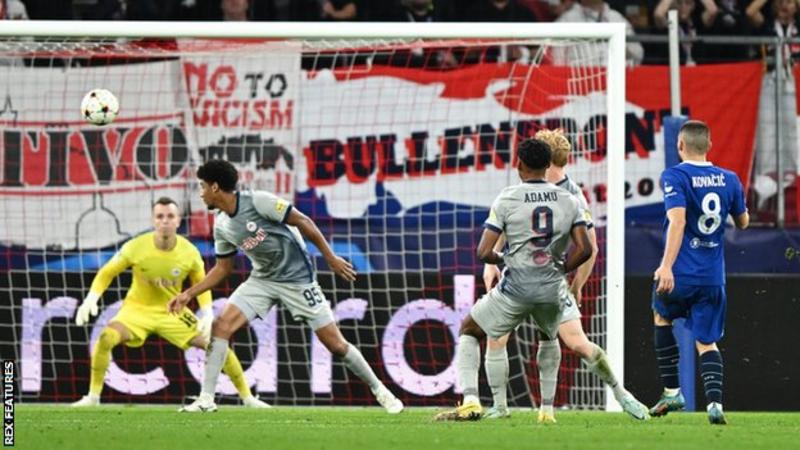 Graham Potter says his Chelsea players have produced a “fantastic effort” after bouncing back from defeat in their opening game to advance to the last 16 of the Champions League as group winners with one game to spare.

Dinamo Zagreb’s 4-0 home defeat by AC Milan in the later game on Tuesday means Chelsea cannot be caught at the top of Group E.

The Blues had started their European campaign with a 1-0 defeat in Croatia against Zagreb on 6 September, with the club sacking boss Thomas Tuchel the following day.

They have since responded with three wins and a draw under Potter.

“They’ve picked up points in the Premier League and to go through like we have in the Champions League is a fantastic effort from everybody,” said Potter. 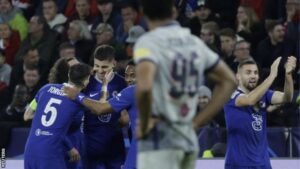 ‘My parents were here to see me score’

“We’ve had a lot of games and a little bit of disruption in terms of some key players missing, but credit to the boys they’ve responded really well,” added Potter.

In a breathless game in Austria, Chelsea produced one of their best performances under Potter.

A commanding first-half display saw them take the lead when Austria-born midfielder Kovacic rifled in an unstoppable left-foot finish from 18 yards.

“It’s nice to score in the country where I was born. My parents were here and so were my friends,” Kovacic, who was later withdrawn with a calf issue, told BT Sport.

However, the Blues were frustrated by keeper Philipp Kohn who produced four outstanding saves to keep out Pierre-Emerick Aubameyang alone.

Salzburg equalised through Junior Adamu before Jorginho had a header brilliantly cleared off the line by Adamu.

Havertz ensured Chelsea progressed with a sublime curling finish, before Thiago Silva was forced to clear off the line from Strahinja Pavlovic.

Chelsea have 10 points from five games in Group E, three ahead of second-placed AC Milan with one match to go. Salburg have six points and Dinamo Zagreb have four.

By finishing top of their group, Potter’s side will be seeded for the last-16 draw on 7 November. 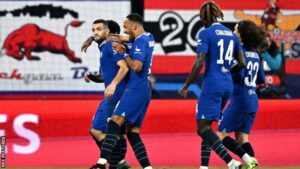