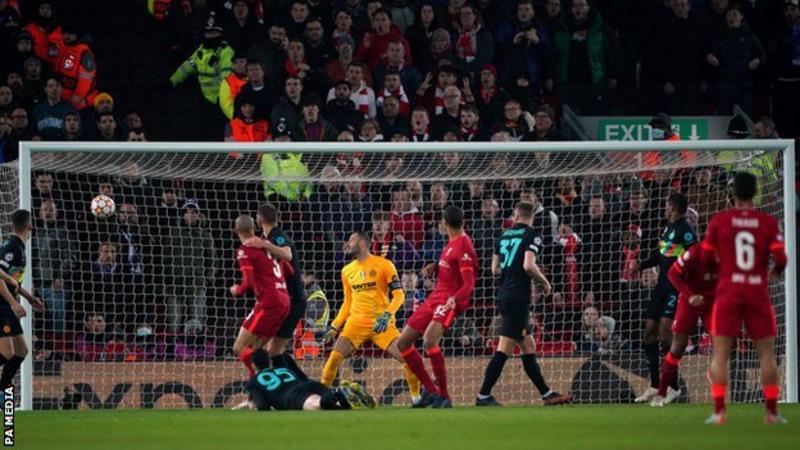 Jurgen Klopp said Liverpool deserve to be in the Champions League quarter-finals despite some “slapstick” finishing as they were beaten by Inter Milan in the second leg of their last-16 tie at Anfield.

An outstanding finish by Lautaro Martinez was not enough for the Italian champions as the late goals by Roberto Firmino and Mohamed Salah in the first leg in Milan three weeks ago proved decisive.

“The art of football is to lose the right games,” said manager Klopp after Liverpool’s seven-match winning run in Europe this season came to a disappointing end.

“I still hate it, but if there was any game we could have afforded to lose it was this one because the main target of this competition is to get through.

“It’s not that I am over the moon – I’m really happy we went through, because when we saw the draw it was ‘OK, that’s a tough one’. But we went through over two legs and I think we deserved it.

“It’s a big ‘if’ but if we had used our chances from set-pieces and other situations – it was a bit slapstick how we missed the chances – in the end we could still have won the game.

“But the only thing I’m interested in is that it is fair we are through.”

Martinez gave Alisson no chance with an arrowed finish from 20 yards in the 61st minute.

But Inter’s hopes of forcing extra time with a second goal faded when former Arsenal and Manchester United forward Alexis Sanchez was sent off just two minutes later for a second yellow card.

Liverpool hit the woodwork three times in a bad-tempered game which, in addition to Sanchez’s red card, saw six other players booked.

After Joel Matip headed against the bar, Salah struck the post twice in front of the Kop.

The draw for the last eight takes place on 18 March in Nyon, Switzerland.

The game was also stopped for a few minutes in the first half due to a medical emergency in the crowd.

There was a sense of relief around Anfield at full-time after Liverpool suffered a scare before booking their place in the last eight.

The Reds were far from their best, but looked in control of the tie until Martinez’s excellent strike, and Sanchez’s dismissal then gave the hosts fresh momentum.

A first defeat of 2022, after a terrific run in which they have delivered a trophy with the EFL Cup, will serve as a reminder to Klopp that there is still work to do if they are to end the season with more success.

Having scored 109 goals in their previous 43 games, this was a rare occasion they failed to find the net.

Liverpool did everything but score, though, as they rattled the bar and post, while substitute Luis Diaz was denied at point-blank range in the dying stages by Arturo Vidal’s block.

One positive for Klopp was the performance of Trent Alexander-Arnold, who seems to get better and better the longer the season goes on.

He was at the heart of all his side’s best moves and went close to scoring from a free-kick at the end of the first half.