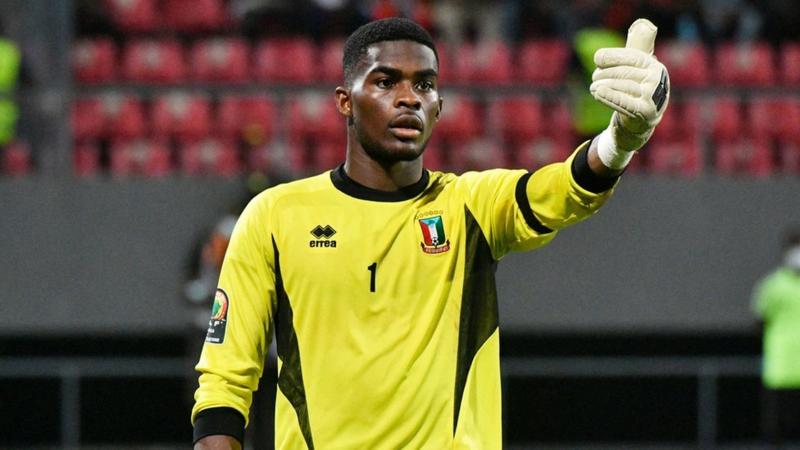 Goalkeeper Jesus Owono was Equatorial Guinea’s hero as they shocked Mali in a penalty shootout to reach the quarter-finals of the Africa Cup of Nations.

Initially, the referee indicated the decisive save from Falaye Sacko’s effort needed to be retaken, but a VAR check showed Owono’s foot was still on the line.

Mali, 61 places higher in the world rankings than their opponents, had the better chances but were frustrated by another resilient Equatorial Guinea performance.

A high-tempo but untidy first half saw Mali’s Amadou Haidara have the best chance when the RB Leipzig star – who has been linked with a move to the Premier League – was only able to scuff a weak shot from close range.

Five minutes before the break, the Eagles were awarded a penalty when Moussa Doumbia clashed with Equatorial Guinea’s Josete Miranda.

But referee Bakary Gassama reversed his decision when he viewed the incident on the touchline monitor.

Mali improved further in the second period and Red Bull Salzburg’s Mohamed Camara spurned another opportunity in the 56th minute.

After great work from Brighton midfielder Yves Bissouma on the right, Camara got the ball, but fired over from close to the penalty spot.

Substitute Moussa Djenepo also came close to putting the Mali in front but his powerful effort was deflected just wide.

Equatorial Guinea, who inflicted a first defeat in 36 games on defending champions Algeria in the group stage, rarely threatened at the other end.

But former Middlesbrough and Birmingham defender Emilio Nsue came on as a sub for them with an hour to go and played an increasingly influential role.

He curled a shot over in the last moments of normal time and was a constant menace to the Mali defence in the extra period.

Mali keeper Ibrahim Mounkouro was forced into a rare save when Basilio Ndong struck from distance.

But one shot on target from each team in 120 minutes of football told the story, and it came to penalties to decide who would go through to face Sadio Mane and Co in Douala on Sunday in the last eight.

Nsue blazed the first kick over the bar, but Mali also missed through Massadio Haidara, and both keepers then made saves in the sequence to take it to sudden death.

Mali’s Sacko needed to score to keep his team in it, but Owono dived low to make a fine stop.

Celebrations were held up for a few moments as the VAR check took place, but then Equatorial Guinea – who reached the semi-finals back in 2015 when they hosted the tournament – had their victory confirmed.

It was a bitter disappointment for favourites Mali, who had been the better team throughout, but failed to make their quality and opportunities count.