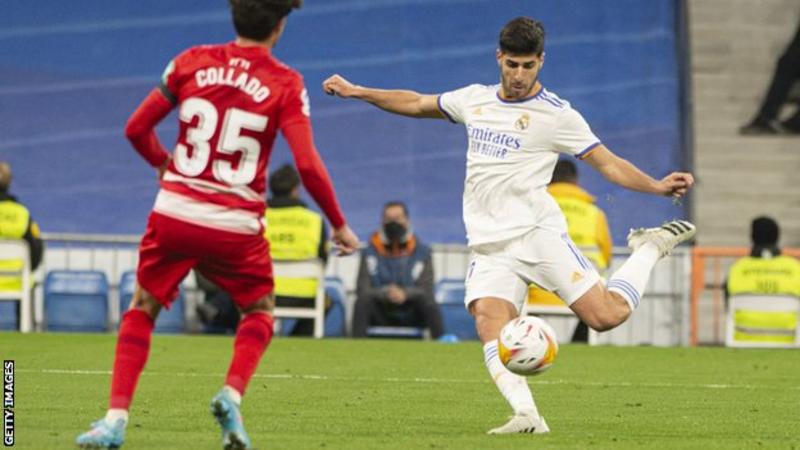 Marco Asensio scored the only goal as Real Madrid beat Granada to go six points clear at the top of La Liga.

The midfielder finally broke the visitors’ stubborn resistance with a low-angled shot into the bottom corner with 17 minutes remaining.

But this win, with their nearest rivals at the top dropping points, leaves them in a strong position in La Liga.

Second-placed Sevilla could only draw at Osasuna, while third-placed Real Betis lost 2-0 at home to Villarreal.

Real were also without the suspended Vinicius Jr, who is La Liga’s joint second top scorer with 12 goals, behind only team-mate Benzema’s 17.

Casemiro and Lucas Vazquez were left out at the last minute because of stomach bugs, so Eden Hazard made an appearance off the bench, while the out-of-favour Gareth Bale was an unused substitute.

The home side came close to opening the scoring when Carlos Neva tried to clear a Toni Kroos cross but sent the ball straight onto his own crossbar in the first half.

Real turned the screw after the break but Granada held firm until Asensio’s decisive strike.