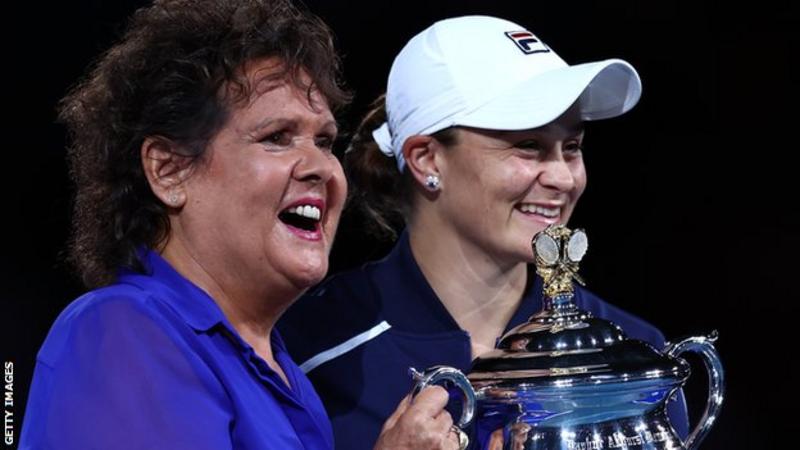 The 25-year-old Queenslander has won the title without dropping a set in Melbourne this fortnight.

“This is a dream come true for me. I am so proud of being Aussie,” said world number one Barty.

“As an Aussie, the most important part of this tournament has been being able to share this experience with the fans.

“This crowd is one of the most fun I’ve played in front of.”

Addressing the crowd, she added: “You relaxed me and forced me to play my best tennis. Thank you.”

After winning the 2019 French Open and last year’s Wimbledon title, Barty has now claimed three of the four majors.

With a partisan 12,000-strong crowd and a home nation watching on, Barty started and ended the final looking unburdened by the weight of expectation.

In between, there were anxious moments as Collins, troubling Barty with her powerful returning, earned a double break in the second set.

But Barty had dropped only 21 games on her way to the final and, although the second set looked to have got away from her, she regained her composure brilliantly to turn the match back in her favour.

Among those watching was Chris O’Neil, the last Australian to win the men’s or women’s singles title in Melbourne.

Barty, rarely overcome by emotion, shouted with delight when she clinched the title with a cross-court forehand winner.

Virtually everyone inside Rod Laver Arena jumped to their feet, roaring their approval, many with camera phones in hand to capture a long-awaited moment for the nation’s sports fans.

Barty clenched both fists as she dropped to her haunches, before running over to the side where she beckoned former doubles partner Casey Dellacqua, now a television analyst, on to court for a warm hug.

After reaching the Melbourne semi-finals in 2020, with quarter-final defeats coming in the years either side, Barty finally landed the prize she really wanted.

Victory continued her supreme form in 2022, and she has now won all 11 of her singles matches this year.

After beating three top-20 players to win the Adelaide International title, she has continued that dominance in Melbourne.

Barty, who took a break from tennis in 2014 to pursue a professional cricket career, has often paid tribute to Dellacqua’s influence on her success and the kiss on her friend’s forehead indicated her gratitude.

There was another special moment for Barty – and the home fans – when the player’s idol, Evonne Goolagong Cawley, came on to court to present her with the Daphne Akhurst trophy.

There had been home success in the wheelchair and quad events, through David Hall and Dylan Alcott, and in the double’s events. 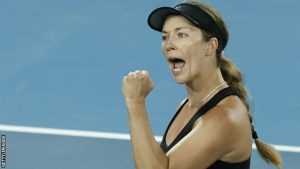