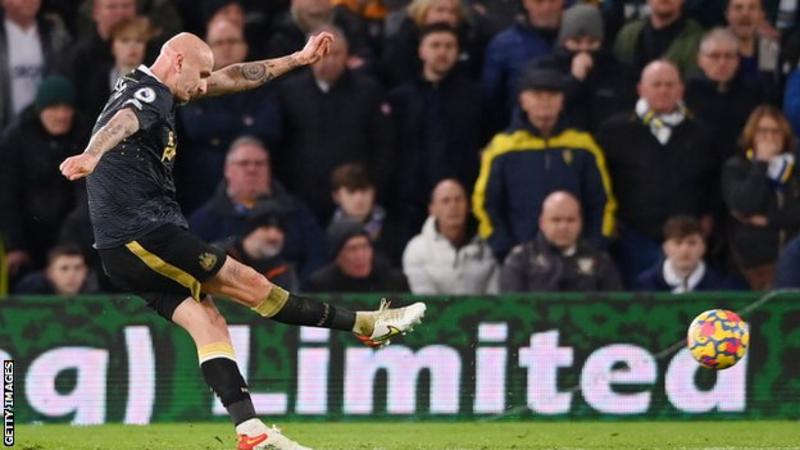 Newcastle boss Eddie Howe hopes his team’s “massive” victory at Leeds can “transform our season” as they fight to avoid relegation.

Jonjo Shelvey’s 20-yard free-kick earned what was only a second win of the season in an energetic and tempestuous encounter where both sides struggled to make the most of first-half chances.

The 75th-minute goal came from a brilliant run by substitute Javier Manquillo, who was brought down on the edge of the box.

Shelvey stepped up and fired past Meslier, who perhaps should have done better, given the ball went in on his side of the goal.

Howe said: “Today we learned that there’s a resilience in the team. They are fighting for each other and fighting for the club.

“They have belief that we’re not dead and buried and there’s more to come. I’m so pleased for everybody connected with Newcastle that we won the game. It was a big match and hopefully it can transform our season.”

Leeds had earlier wasted a great chance through Jack Harrison, whose goal-bound shot was well-blocked by Fabian Schar, and they paid for the absence of injured striker Patrick Bamford.

It proved a turning point as Newcastle resiliently held on, despite dropping 21 points from winning positions already this season.

After Norwich’s win over Watford, Howe’s side failed to exit the bottom three, but such a victory provides a much-needed boost ahead of a two-week break where the team will travel to Saudi Arabia for a training trip.