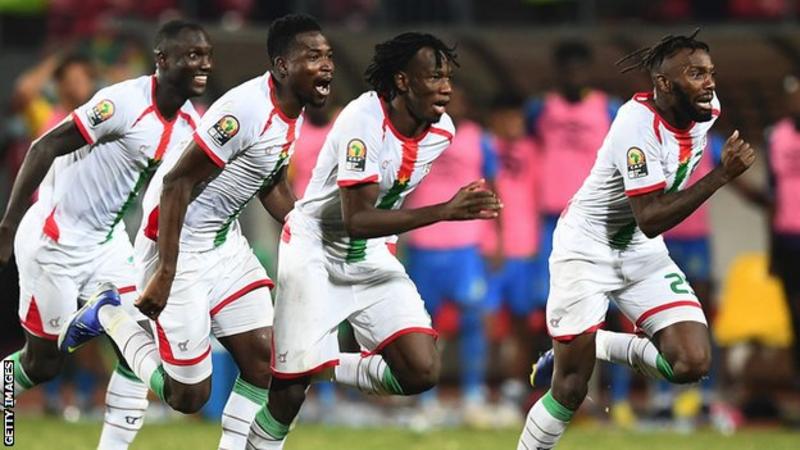 Burkina Faso beat 10-man Gabon on penalties to reach the quarter-finals at the Africa Cup of Nations in Cameroon following a 1-1 draw.

Ismahila Ouedraogo netted to give the Stallions a 7-6 win in the shoot-out.

Gabon had Sidney Obissa sent off midway through the second half but grabbed an injury-time equaliser when Bruno Ecuele Manga’s header went in off Adama Guira.

Burkina Faso captain Bertrand Traore had missed a penalty before slotting in the opener in the 28th minute.

The Stallions will battle Tunisia, who beat Nigeria 1-0 later on Sunday, in the last eight on Saturday, 29 January.

A mammoth shoot-out had seen Herve Koffi save from Gabon midfielder Guelor Kanga and Saidou Simpore immediately send his effort over the bar in the fourth round of penalties.

Abdoul Tapsoba had the chance to win it for Burkina Faso in sudden death after Yannis N’Gakoutou had blazed over, but Jean-Noel Amonome denied him.

However, substitute Ouedraogo kept his nerve after Gabon right-back Lloyd Palun rattled the crossbar to send the Burkinabe through.

It was at times a scrappy encounter in Limbe, marked by several bookings, but also a game which provided moments of quality and drama.

Burkina Faso had spurned several chances to make it 2-0 before the 90 minutes were up in Limbe, but Amonome saved well from Traore, Blati Toure and Guira.

And the Stallions ultimately paid in the 91st minute when Ecuele Manga’s header from Denis Bouanga’s cross deflected in for a dramatic equaliser.

Tapsoba had an extra-time goal ruled out for offside against Zakaria Sanogo, and Gabon keeper Amonome denied Tapsoba and Ouedraogo in the second added period to send the game to penalties. 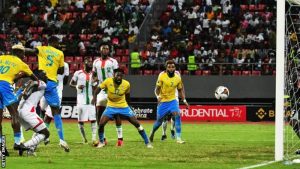