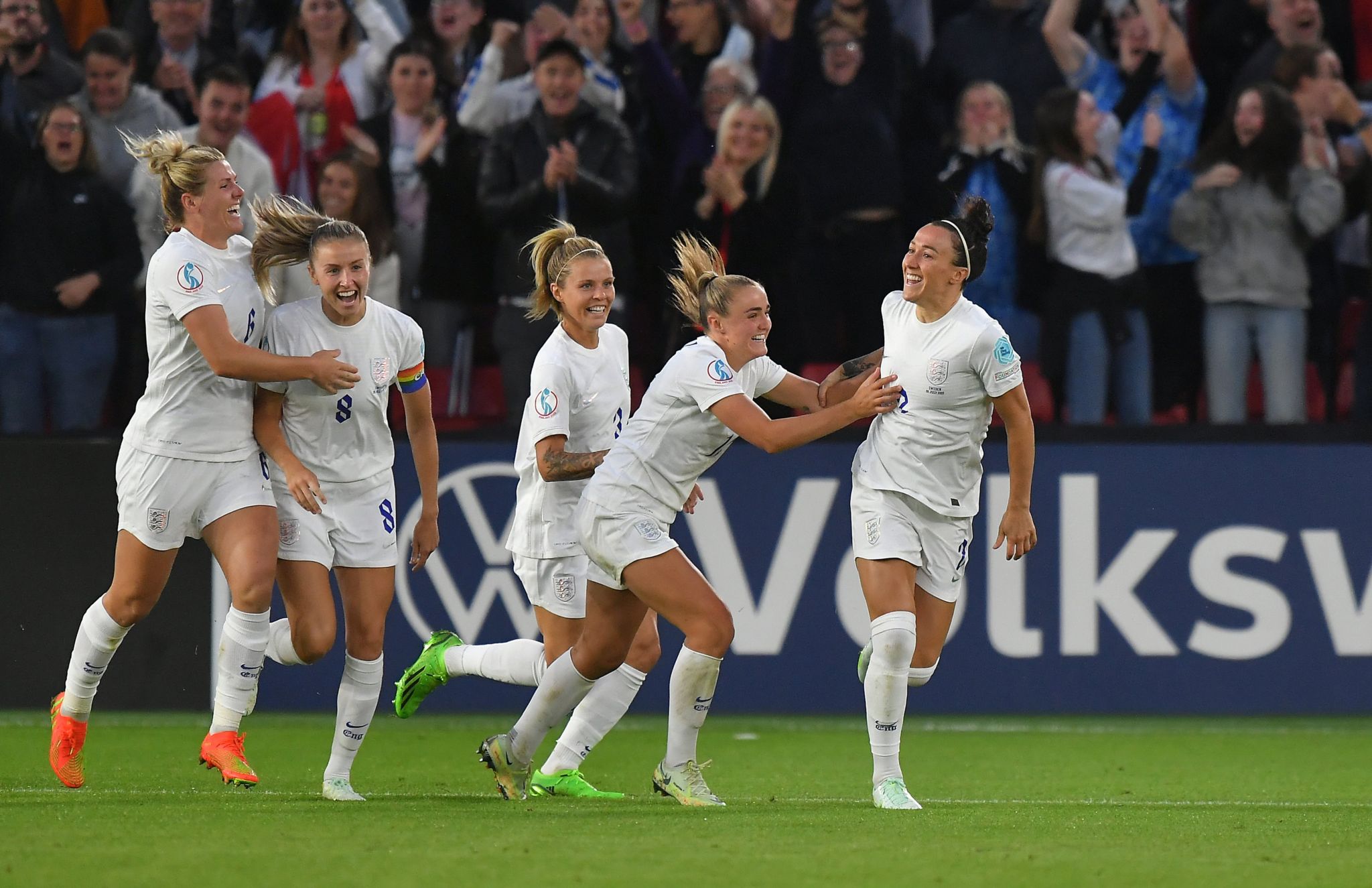 Kelly, on as a substitute, poked home a loose ball from a corner to send a raucous record crowd of 87,192 into a frenzy with minutes to go.

She waited for confirmation of the goal before taking off her shirt and waving it around her head, while being lifted by her team-mates in a moment of pure elation.

On a monumental day in the history of English football, Sarina Wiegman’s side were bullied by a strong German team but they showed they were equal to it.

Ella Toone had earlier come off the bench to score the opener in normal time before Germany’s Lina Magull set up a nervous ending when she equalised in the 79th minute.

There were scenes of jubilation in the stands and an outpouring of emotion by players on the pitch at full-time as the magnitude of their achievement began to sink in.

The final was advertised as a battle between the competition’s two best-performing sides, and for large parts they cancelled each other out – but the biggest crowd in the history of men’s or women’s Euros was given their money’s worth.

Striker Ellen White had missed a few chances in the first half, Lucy Bronze had been denied with a header, Germany’s Magull struck wide and England defender Leah Williamson had to scramble a corner off the line before Toone was introduced to break the deadlock.

She had given England fans the winning taste before Magull stunned the home crowd, though it would only delay the celebrations that Kelly, who only returned to football in April after suffering an anterior cruciate ligament (ACL) injury, gave them.

England did what no other nation had done before – beat serial winners Germany in a European Women’s Championship final and the feeling was sweet.

It comes 56 years after England’s men beat West Germany in the 1966 World Cup final, the only previous major trophy won by an men’s or women’s England senior team.

The players fell to the ground at full-time in tears of joy, in scenes which will be remembered and replayed for years to come on one of the greatest nights in English sport.