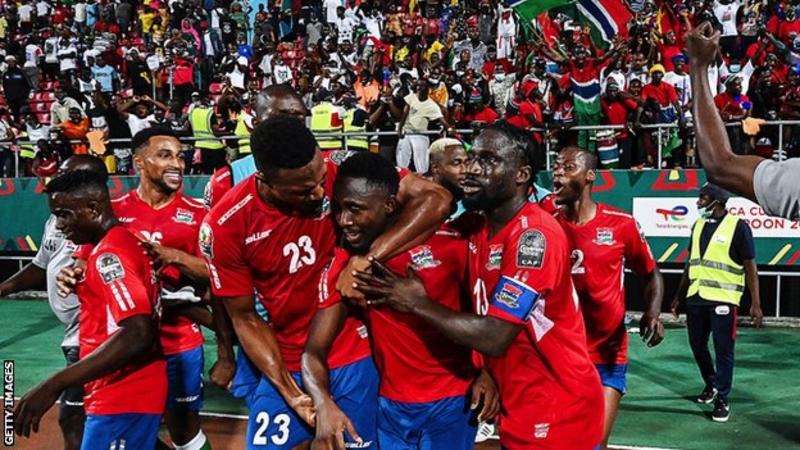 Tunisia’s penalty curse struck again as defeat by The Gambia left the Carthage Eagles with a daunting last 16 Africa Cup of Nations tie against Nigeria.

The result means Tunisia finish third in Group F while debutants The Gambia, in second, will face Guinea.

Both countries began the game in Limbe knowing that they were already sure of progressing because of results elsewhere.

However, Tunisia knew anything other than victory would likely mean a meeting with Nigeria – the only team with a 100% record at the tournament – in the first round of the knock-out stages.

So, despite a Covid outbreak that left coach Mondher Kebaier only able to name five substitutes with 12 players unavailable, it was no shock the 2004 champions were the more positive side throughout.

Tunisia’s clearest opening saw back-up keeper Gaye dive to his right to thwart Jaziri, who won the spot-kick himself by drawing a foul from the errant foot of The Gambia captain Pa Modou Jagne.

Jaziri became the third different Tunisia player to miss from the spot in the tournament after Youssef Msakni hit the woodwork in the 4-0 win over Mauritania and Wahbi Khazri was denied in the controversial 1-0 defeat by Mali.

Gaye had produced an excellent save to thwart Aissa Bilal Laidouni seconds before the penalty was awarded, and his cause was perhaps helped by the delay leading up to the spot-kick as the Scorpions protested the decision. 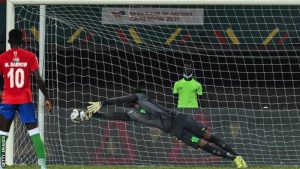 Kebaier’s side laboured after the break, perhaps because of their shortage of numbers – with skipper Khazri among the dozen players unavailable – and The Gambia came on strong, as Barrow was unlucky to see his superb set-piece strike cannon off the woodwork.

But, after late confusion that saw Ramirez appear to send off Tunisia’s Mohamed Drager, only to instead issue separate yellow cards to the defender and team-mate Hannibal Mejbri, Jallow lashed into the top corner from just inside the area three minutes into stoppage time.

It was another moment to remember for the 23-year-old, who scored his country’s first ever Nations Cup finals goal in their opening game win over Mauritania.

At 150th, the lowest ranked team in the competition, The Gambia had also scored a 90th-minute penalty against Mali to draw their second match, and will be hopeful of punching above their weight once again when Tom Saintfiet’s side face Guinea on Monday.

MADRID COMES FROM TWO GOALS DOWN TO DRAW ELCHE @ HOME