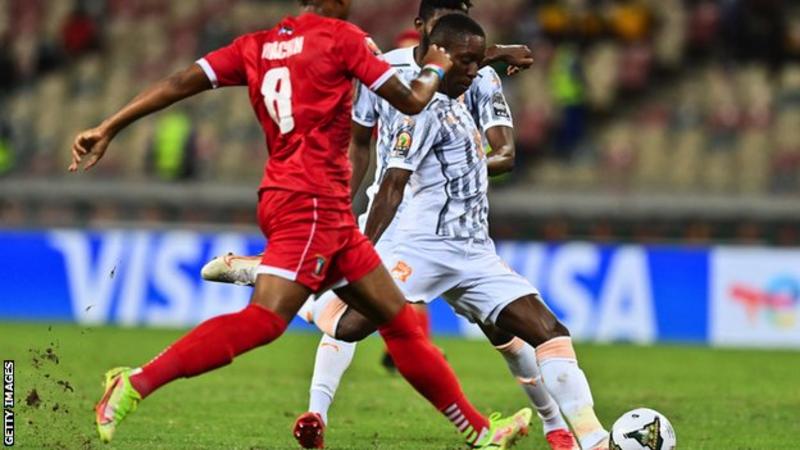 Ex-Bournemouth and Leeds forward Gradel lashed the two-time champions ahead from 20 yards with the outside of his right foot just five minutes in.

Equatorial Guinea had chances to level but Iban Salvador sliced their best one horribly wide from seven yards.

Equatorial Guinea were unhappy with Gradel’s opener in Douala, appealing for a foul on Jose Machin in the build-up, but referee Redouane Jiyed confirmed the goal would stand after consulting his pitch side monitor.

With the first round of fixtures complete across the six groups, 10 of the 12 game have so far been decided by a single goal, with the other two finishing goalless.

This was the ninth to finish 1-0 as well as being the third of Wednesday’s three fixtures to end that way after Mali’s controversial victory over Tunisia and The Gambia’s triumph over Mauritania.

Ivory Coast face Sierra Leone in their second game on Sunday at 16:00 GMT, while Equatorial Guinea take on Algeria later that evening (19:00 GMT).