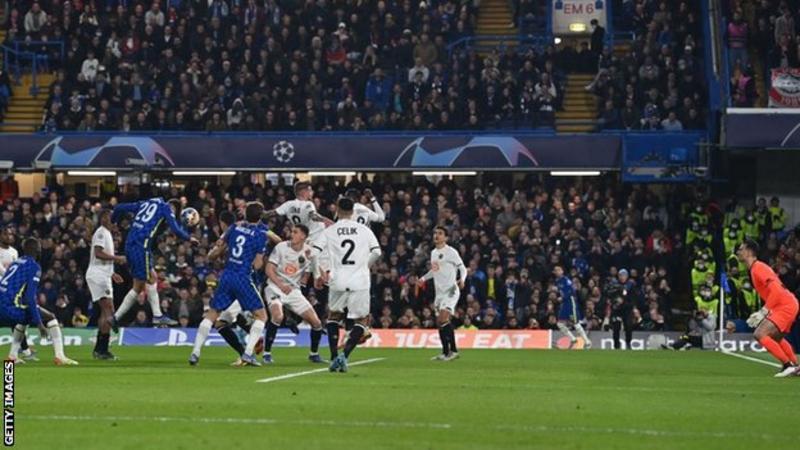 Chelsea took control of their Champions League last-16 tie against Lille with a comfortable victory at Stamford Bridge.

Kai Havertz headed in Hakim Ziyech’s corner after eight minutes and Christian Pulisic was the beneficiary of a superb run and pass from N’Golo Kante in the 63rd minute as the Blues secured a crucial first-leg advantage.

Out-of-sorts striker Romelu Lukaku was only a substitute, with Havertz the main attacking threat – and the German almost scoring twice before his early strike.

The only negatives on a good night for Chelsea and manager Thomas Tuchel were injuries to Ziyech and midfielder Mateo Kovacic ahead of Sunday’s EFL Cup final against Liverpool at Wembley.

Chelsea had few alarms against a spirited Lille side, with their composed and professional performance summed up by the quality shown by veteran defender Thiago Silva and outstanding midfield man Kante.

Silva made a mockery of his 37 years with a peerless performance, spending most of the night in cruise control, displaying experience and perfect positioning to snuff out any moments of danger.

The Brazilian also has a turn of pace when required and is such a consummate performer that he is a cult figure among Chelsea fans, who chanted his name throughout. Silva is a defender and leader of the highest class, who appears to improve with age.

A further bonus for boss Tuchel was the return of Kante to prime form, plugging gaps and starting attacks all over the pitch – perpetual motion at all times and a crucial component in his side’s engine room.

There was no better illustration of what Kante brings to Chelsea than the surging run and perfect pass to Pulisic, that allowed the forward to lift a finish over the onrushing Lille keeper Leo Jardim for a second goal that may yet prove decisive in pursuit of a place in the last eight.

Tuchel will be concerned Kante’s midfield partner Kovacic failed to shake off a knock he sustained in the first half – and Ziyech limped off too.

But there was plenty to be satisfied about as Chelsea look to retain the crown, they won against Manchester City in Porto last June.