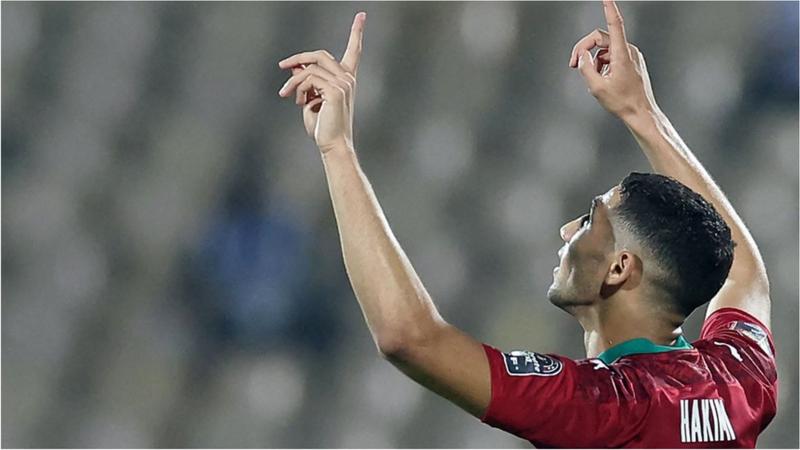 Morocco are through to the last eight of the Africa Cup of Nations after a 2-1 victory over stubborn Malawi at the Ahmadou Ahidjo Stadium in Yaounde.

Gabadinho Mhangho put Malawi into an early lead with an exceptional strike, but goals from Youssef En-Nesyri and Achraf Hakimi gave the Atlas Lions the win.

A well-observed silence was held before kick-off in memory of those killed at Yaounde’s Olembe Stadium on Monday night.

The players wore black armbands and messages of condolence were displayed on the advertising hoardings.

Morocco were the clear favourites for the match, but it was Malawi who took the lead in only the 7th minute with Mhangho’s outstanding goal.

The Orlando Pirates star, who was closer to halfway than to goal, spotted Morocco keeper Yassine Bounou off his line and struck a powerful shot into the top corner.

A back-pedalling Bounou, returning to the line-up after sitting out Morocco’s last group game, got a hand to it but could not prevent a memorable goal.

Mhangho had an excellent chance to extend the Flames’ lead after 24 minutes when he broke clear and shot just wide as the keeper narrowed the angle.

Despite Mhangho’s efforts, it was Morocco who totally dominated possession.

Charles Thom in the Malawi goal was in excellent form, making a series of fine saves to deny Achraf Hakimi and others.

But Thom wasn’t able to keep out En-Nesyri’s powerful header in stoppage time at the end of the first half to make it 1-1 at half-time.

Morocco maintained their dominance at the start of the second half but again failed to press home the advantage.

The Atlas Lions felt they should have had a penalty when the ball struck the trailing hand of Malawi defender Dennis Chembezi, but after a VAR check their appeals were waved away.

Moments later they finally had the lead when Paris St-Germain’s Hakimi struck a brilliant free-kick, curled over the wall and into the near top corner.

It was no more than Morocco deserved and they will feel the margin of victory should have been much wider.

Malawi qualified for the last 16 as one of the best-performing third-placed teams and were playing their first ever game of knock-out football at a Nations Cup finals.

Despite barely having 20 percent of possession, they made sure that the North Africans could never relax and right to the end tried to hit Morocco on the break.

But it is the Atlas Lions who go through to play either Egypt or Ivory Coast in the quarter finals.

Those two continental giants face off in Douala on Wednesday