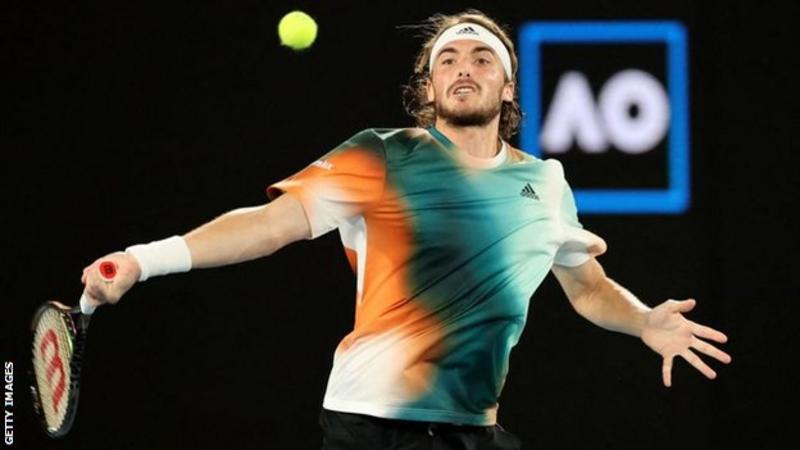 Italian Sinner, the 11th seed, failed to witness a break point in the match.

He will now face the winner of Russian Daniil Medvedev – the highest seeded player in the draw – against Canada’s ninth seed Felix Auger-Aliassime.

Tsitsipas wrapped up the opening set in 36 minutes and broke early in the second with a superb array of groundstrokes before the rain began to pour in Melbourne.

That meant the roof needed to come on, and the court be towelled down. But after an 18-minute break the players returned and Tsitsipas picked where he left off to close out the set.

The 20-year-old Sinner was aiming to follow compatriot Matteo Berrettini, who progressed on Tuesday, as the first Italian man to reach the Australian Open semi-finals.

But he was unable to lay a glove on the Tsitsipas serve and it was the Greek who again broke early in the third, teeing up the moment with a stunning backhand winner.

Tsitsipas immediately broke again and clinically polished off the victory to progress in two hours six minutes and continue his pursuit of a first Grand Slam.

“I am very, very happy with the way I served today and used my tactics,” said Tsitsipas, who was also pleased with how he adapted to the roof closing.

“It is part of the game. You never know what to expect from the weather. I knew I was heading towards the right direction.

“The conditions might have changed a little bit – slightly faster, not as bouncy – so my mind did. I tried to adapt and it just worked.”