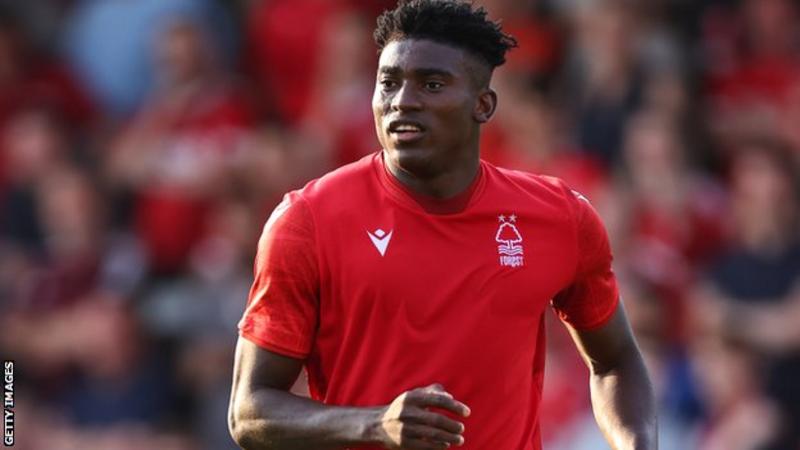 Nigeria international Taiwo Awoniyi believes his arrival at newly-promoted Nottingham Forest will attract fans from Africa’s most populous nation to the club.

The 24-year-old striker, who scored 20 goals in 43 games across all competitions last season, joined Forest from German club Union Berlin for a club-record fee in June.

Nigerians are, like most of the world, obsessed with England’s Premier League and clubs like Chelsea, Arsenal, Manchester United and Liverpool have large fan bases in the West African nation.

“Our fans love to watch and support Nigerians playing in the Premier League and I believe some of them will try to create a Nottingham Forest fanbase, too,” Awoniyi told BBC Sport Africa.

“I know Nigerians like some clubs already, but when you have one of their own and play attractive football, you will automatically get them on your side.

“I believe they will support us, and of course I have my friends and family who were already waiting for me to play in England. It will be an exciting one for them.”

The Premier League is hugely popular in football-mad Nigeria, with millions of fans following fixtures on both terrestrial and satellite television.

With a population of over 200 million people, it is home to the league’s largest fanbase on the continent.

Nigerians’ love for English football stems from their British colonial history, while European champions like Forest and Liverpool enjoyed strong support in the 1970s and 80s.

The obsession increased in the early 1990s after the rebranding of the old English First Division and the birth of what is now the Premier League.

In 1993 Norwich City’s Efan Ekoku became the first African to score a hat-trick in the division, while Daniel Amokachi spent two seasons at Everton between 1994 and 1996.

The advent of satellite TV ensured most Nigerians truly got wind of the English top flight when Celestine Babayaro joined Chelsea in 1997 as the club’s record teenage signing, when he moved from Anderlecht for £2.25m.

As Okocha’s skills enraptured the Trotters fans in England, it also won the hearts of Nigerian fans.

“The Premier League is very big in Nigeria because of players like Kanu, Okocha, Yakubu, Yobo, Odemwingie and many others who all played here,” Awoniyi added.

“Many people pick their clubs depending on where a Nigerian is playing or teams the family like. We all grew up watching it and love it, and it is actually a dream come true to know that millions will be watching me now.

“I want to give my best all the time and by God’s grace it will help us achieve our goals.”