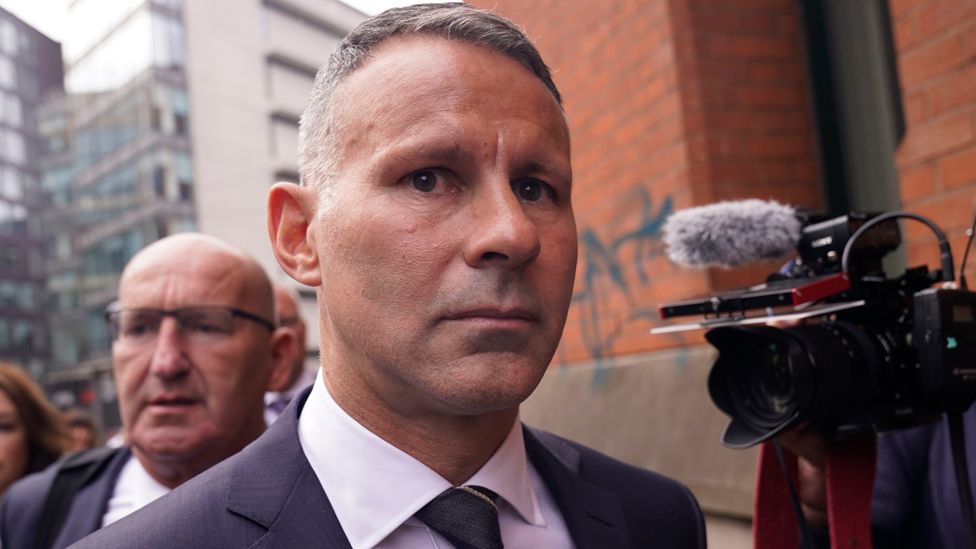 Mr Giggs, 48, denies a charge of coercive behaviour and assaulting his ex-girlfriend and her sister.

His defence counsel said the case against him was based on “distortion, exaggeration and lies”.

Mr Giggs is charged with controlling and coercive behaviour against his ex-girlfriend Kate Greville, 36, between August 2017 and November 2020.

He is also charged with assaulting Ms Greville, causing her actual bodily harm, and common assault of her younger sister, Emma Greville, at his home in Worsley, Greater Manchester, on 1 November 2020.

Opening his case against Mr Giggs at Manchester Minshull Street Crown Court, Mr Wright said this was a story of “control and coercion” of a woman who thought she was “loved and respected”.

He said his relationship with Ms Greville, 36, was “punctuated by acts of violence and volatility”.

He added Mr Giggs was “idolised” for his skills on the pitch but behind closed doors had “a much uglier and more sinister side to his character”.

He told the jury they will hear the relationship had “ups and downs” and that Mr Giggs was seeing someone else when he was with Ms Greville.

“Eventually, after years of turbulence, when the scales fell from her eyes, she realised she needed to remove herself from his sphere of influence,” he said. 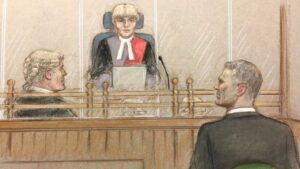 Mr Wright said this decision to break away led to the incident on 1 November 2020.

Mr Giggs is said to have “lost control” that evening and headbutted Ms Greville.

While both out with friends at Manchester’s Stock Exchange Hotel, Ms Greville decided to terminate their relationship, said Mr Wright.

He added Ms Greville knew Mr Giggs had “once again” been cheating on her, and informed her sister of her plan to end the relationship before leaving the hotel.

“She intended to make her departure before [Mr Giggs] got back from the hotel. The plan did not work.

“As she was vacating the defendant’s home address, he came back and began arguing with her and trying to stop her leaving.”

In the altercation that followed, in which Ms Greville took Mr Giggs phone as a “bargaining chip”, they grappled together on the floor before Ms Greville’s sister stepped in, the court heard.

Mr Wright said Emma Greville then tried to pull Mr Giggs off her sister, but he “deliberately elbowed her in the jaw”, before the argument moved to the kitchen.

“At that stage, we say, the defendant entirely lost self-control and he deliberately headbutted Kate, thereby causing swelling to her lips and bruising. Emma then called the police, who attended the premises.” 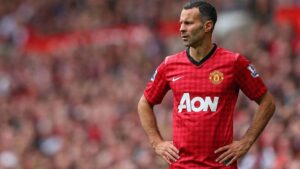