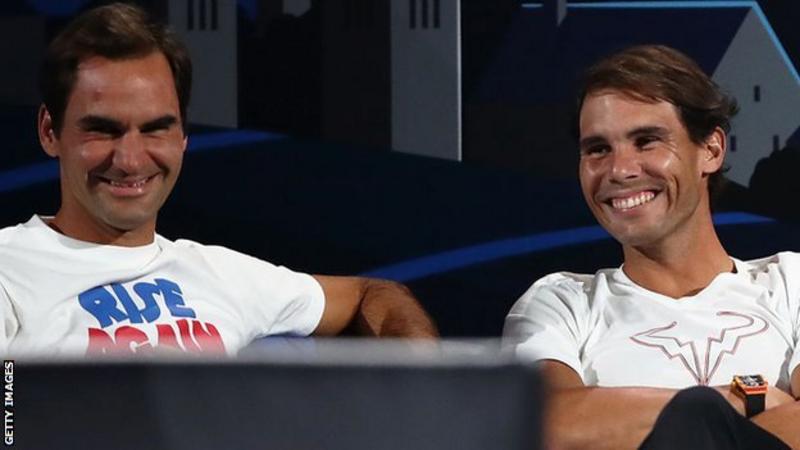 Roger Federer’s final match will see him play alongside old rival Rafael Nadal in the Laver Cup doubles on Friday.

Before that match, Andy Murray will start the evening session in singles against Alex de Minaur at 19:00 BST.

Federer, a 20-time Grand Slam winner, said last week he would retire at the team event, which starts on Friday.

The 41-year-old Swiss said it would be “wonderful” to play alongside Spaniard Nadal, 36, who has 22 major titles.

“I’m not sure if I can handle it all but I’ll try,” said Federer.

“This one feels a whole lot different. I’m happy to have him on my team and not playing against him.”

Nadal said he was looking forward to an “unforgettable” match with his rival against the American duo.

“At the end, this moment will be difficult. I’m super-excited and grateful to play with him.”

Federer has struggled with a knee problem and does not feel able to play singles.

His last competitive match was a defeat by Hubert Hurkacz in last year’s Wimbledon quarter-finals.

Europe take on a world team in the three-day Laver Cup, where Italian Matteo Berrettini will take Federer’s place over the weekend.

The Laver Cup, named after Australian great Rod Laver, was Federer’s brainchild and Europe have won all four previous editions of the event which sees a total of 10 singles and two doubles matches.

Each match win is worth one point on Friday, two points on Saturday, and three points on Sunday, with the first team to earn 13 points declared the winners. 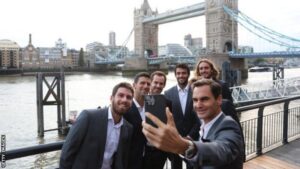