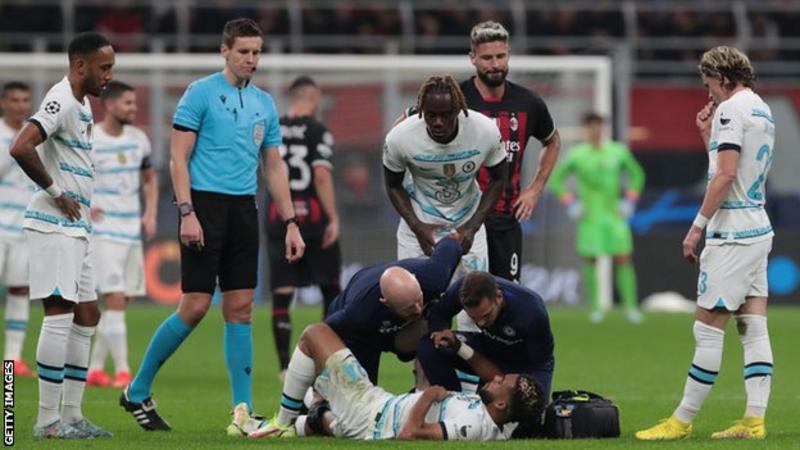 England’s Reece James looks set to miss the World Cup with Chelsea confirming he is expected to be out for at least eight weeks with a knee injury.

The 22-year-old right-back, who has 15 caps, sustained the injury in Chelsea’s 2-0 win at AC Milan in the Champions League on Tuesday.

The World Cup starts in just over five weeks, on 20 November, in Qatar.

Fellow England right-backs Kyle Walker and Trent Alexander-Arnold are currently out through injury too.

Walker says he hopes he will be fit in time for the World Cup.

Newcastle’s Kieran Trippier is the other strong choice in that position.

Chelsea confirmed that James had received medical treatment from the club and was assessed by a specialist this weekend.

“After consultation between all parties, Reece will now undergo a rehabilitation programme and is expected to be out for eight weeks,” a club statement read.

“If anything happens like that, they are going to be disappointed. They are human beings and they want to go,” he said.

“They also know it’s a profession where things can happen and they are competing at the highest level and you can’t avoid this sometimes.

“It’s about dealing with the upset and we will help them with that. I can’t think of anything from my career that compares with missing the World Cup.”

England kick off their World Cup campaign against Iran on 21 November.