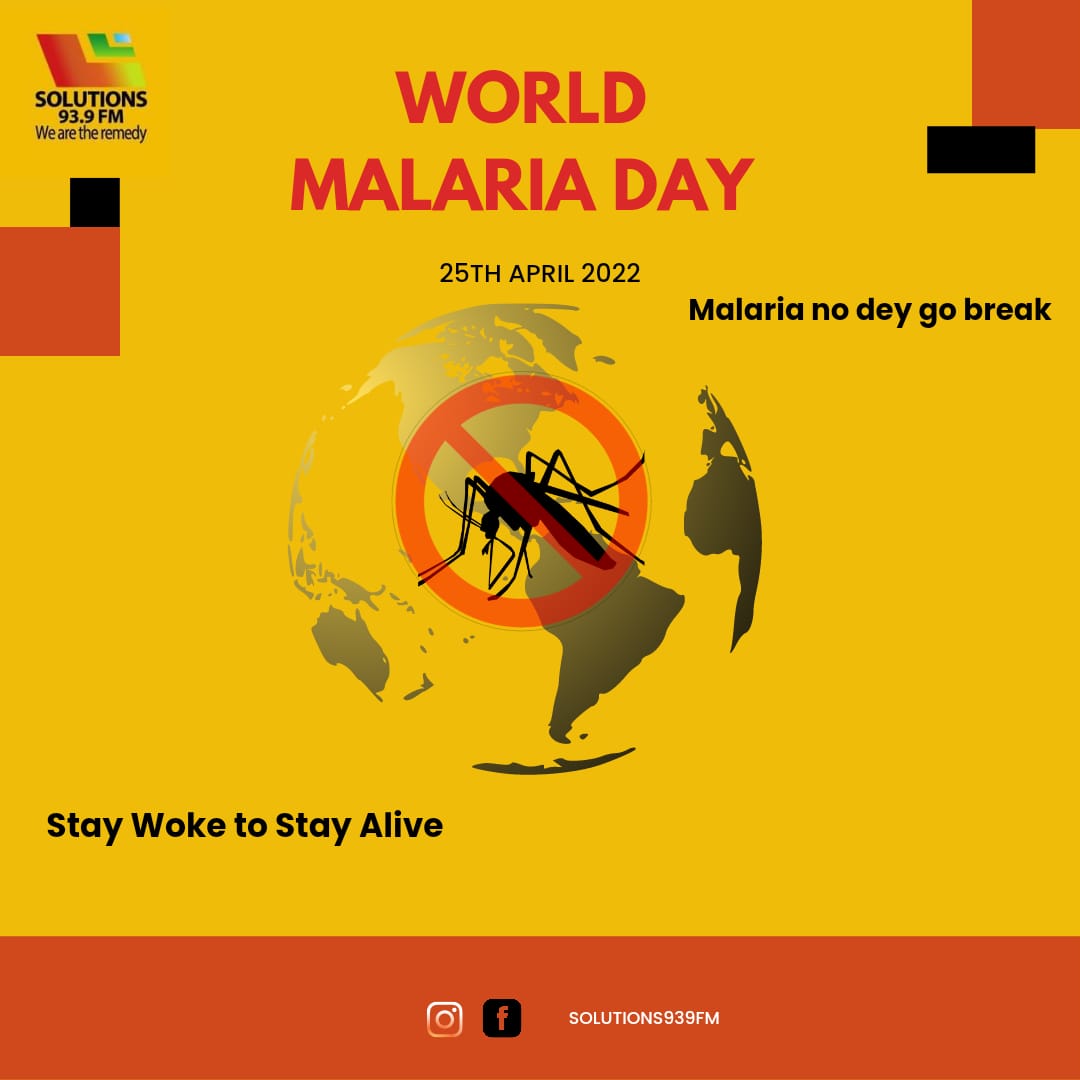 Oyo state government has distributed treated mosquito nets and other palliatives, as well as lectures across the state in commemoration of the World Malaria Day (WMD).

April 25, marks the global awareness day set aside by the World Health Organization (WHO) to alert people on mosquito-borne diseases and examine efforts towards prevention, treatment, control and elimination of the illness.

A Medical Expert from the Oyo state Ministry of Health, Oladele Folashade, who visited Solutions 93.9 FM on Monday, attributed the prevalent rate of the disease to the negligence of people as regards the care for their environment.

Adeshina, who decried the rate at which residents of the state dispose waste in stagnant water and sewages, also called for the proper use of mosquito net in preventing Malaria, as well as frequent visits to the hospital for adequate treatment.

She also complained about the habit of inconclusive intake of malaria drugs by patients, which according to her can aggravate the symptoms which might later lead to death.

Experts are worried that despite efforts to contain malaria, Nigeria loses over $1.1 billion (N645.7 billion) yearly to prevention and treatment of the disease as well as other costs.

The experts, said malaria killed no fewer than 200,000 Nigerians and afflicted 61 million others in 2021.

The theme of today’s awareness day is ‘Harness innovation to reduce the malaria disease burden and save lives.’