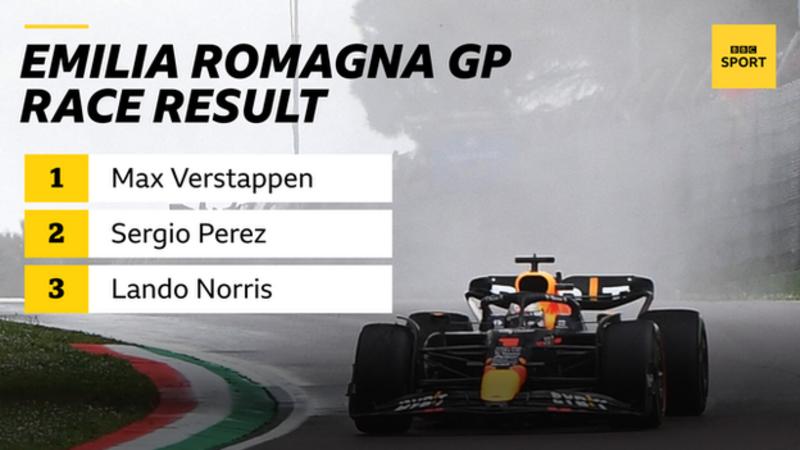 The Ferrari driver was pushing to try to pass Verstappen’s team-mate Sergio Perez after a late pit stop when he lost control at the Variante Alta chicane at Imola.

Leclerc had to pit for a new front wing and fresh tyres and dropped to ninth, and could recover only to sixth.

The error enabled Verstappen to slash his deficit to Leclerc from 45 points to 27, moving the Dutchman up from fifth in the championship to second.

Until Leclerc’s mistake, the Ferrari driver appeared to be heading for a frustrating but acceptable third place. But in an instant he threw away a significant part of the advantage he had gained thanks to Red Bull’s poor early-season reliability.

The fact the error happened at Ferrari’s home race, in front of a packed crowd of their passionate Italian tifosi, will have made it feel even worse, especially as Leclerc had emphasised before the weekend the need “to not overdo things” with expectations so high at Imola.

It made for a nightmare race for Ferrari, who had lost Leclerc’s team-mate Carlos Sainz on the first lap when the Spaniard was tipped into the gravel by McLaren’s Daniel Ricciardo.

The error cost Leclerc seven points – the difference between third and sixth places – and he said afterwards he was “disappointed in myself”.

He added: “I tried too much. On that lap, I obviously wanted to give it all but I gave too much and finished into the wall.

“Instead of the third place we lose seven potential points which will be important at the end of the season and today it is my full responsibility. I will look what I have done wrong. The car jumped in a strange way but this is no excuse because I tried to put too much speed and lost the car. Disappointing.

“Red Bull are very strong and they were stronger than us throughout the weekend so we need to understand that, we need to react. Third was the best we could do but we should have been third and I haven’t been.”

McLaren’s Lando Norris took third after an impressive drive, ahead of Mercedes’ George Russell, who held off the Alfa Romeo of Valtteri Bottas in the closing stages.

Russell’s team-mate Lewis Hamilton had a dire afternoon, stuck behind slower cars throughout and unable to pass and finished in 13th place. He was also lapped by Verstappen.

At the end of the race, Mercedes boss Toto Wolff came on the team radio and apologised to Hamilton, saying: “Sorry for what you had to drive today. I know it was undriveable. This was a terrible race.” 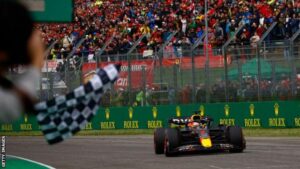