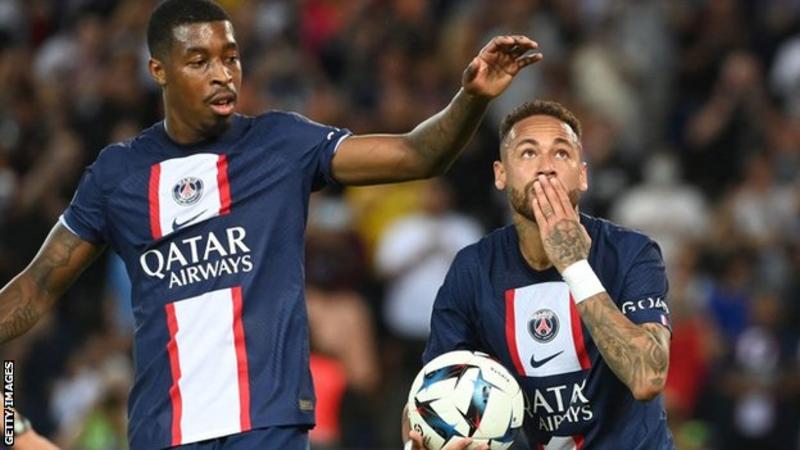 Paris St Germain dropped their first points of the Ligue 1 season as they came from behind to draw 1-1 at home with Monaco on Sunday.

Neymar rolled in his eighth goal in five matches this season from a penalty after the VAR alerted the on-pitch referee to a foul on the Brazilian.

Kevin Volland had earlier given the visitors the lead on 20 minutes.

The champions top the table with 10 points, level with Marseille and Racing Lens.