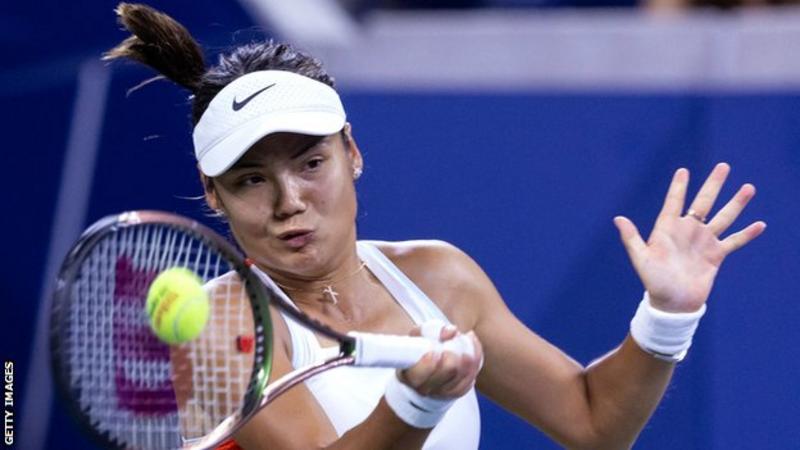 Emma Raducanu’s US Open title defence fell at the first hurdle as she lost in straight sets to France’s Alize Cornet.

Raducanu, 19, stunned the world by winning the major as a teenage qualifier, but her return to court at Flushing Meadows was less memorable.

The British number one was out-hustled and out-scrapped by the experienced Cornet, who won 6-3 6-3 in New York.

Raducanu, seeded 11th, will tumble down the rankings after losing the points she earned with the title last year.

“This one obviously hurts a bit because it’s my favourite tournament and there are a lot of emotions in the past year,” she said.

“I’m proud for putting myself out there every match, every day, knowing I’m pushing myself to be the best I can.”

Seeing a defending champion knocked out early often feels like a shock, but the reality is that this defeat for Raducanu was not unexpected.

The teenager has found her full-time transition to the WTA Tour a testing one, with the season punctured by niggling injuries that have contributed to inconsistent results.

Even her build-up to the US Open was not without bumps. A poor practice session on Friday was described as “one of those bad days”, although she played down the significance of a wrist injury that needed treatment.

Drawing Cornet, a wily and talented player with some notable results at the majors, in the first round was also about as tough as it could have been.

Cornet, 32, is ranked 40th in the world and narrowly missed out on a seeding.

At Wimbledon she ended world number one Iga Swiatek’s 37-match winning streak and reached the quarter-finals of the Australian Open at the start of what could be her final year as a professional.

Raducanu showed fight and determination throughout the first set and at the start of the second, but faded as Cornet’s relentless resistance wore her down.