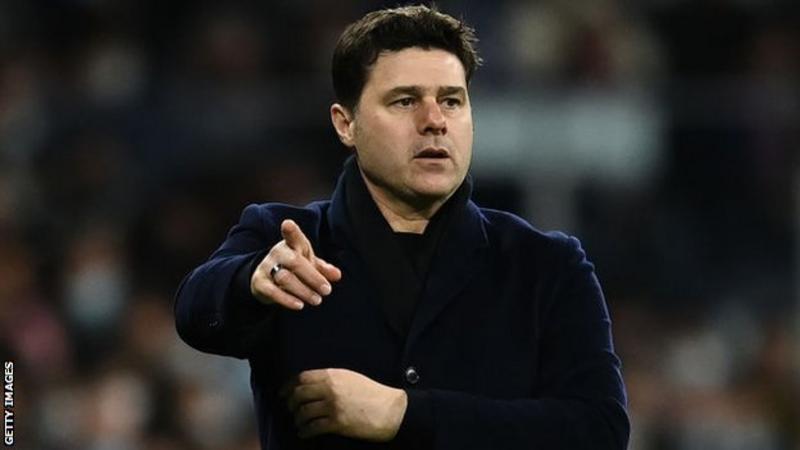 Paris St-Germain have confirmed the departure of head coach Mauricio Pochettino after 18 months in charge.

The exit of former Tottenham boss Pochettino, 50, has been expected for almost a month now – but has only just been confirmed.

Pochettino leaves PSG after guiding them to a record-equalling 10th French title, his first league success as a manager.

A club statement read: “Paris Saint-Germain confirm that Mauricio Pochettino has ended his role at the club.

“The club would like to thank Mauricio Pochettino and his staff for their work and wish them the best for the future.”

The former PSG defender oversaw an unbeaten home record in the league this season, ending the campaign with 16 wins in 19 games.

PSG regained the title but their last-16 Champions League exit – with Lionel Messi in the team – was seen as a major failure.

They squandered a 2-0 aggregate lead in the Champions League against eventual champions Real Madrid to cast a serious question mark over Pochettino’s future.

It was the first time Les Parisiens, who reached the semi-finals in 2021 and were the beaten finalists in 2020, had lost a Champions League away game after leading at half-time since 2001.

Pochettino was sacked by Spurs in November 2019 after five years in charge of the Premier League club, months after leading them to the 2019 Champions League final.

After taking charge of PSG in January last year, they finished second in Ligue 1 behind Galtier’s Lille and were beaten in that year’s Champions League semi-finals by Manchester City.

However, they won the Coupe de France and the Trophee des Champions, which were the first trophies of Pochettino’s managerial career.

The former Argentina defender began his managerial career at Espanyol and spent 18 months at Southampton before joining Tottenham in May 2014.