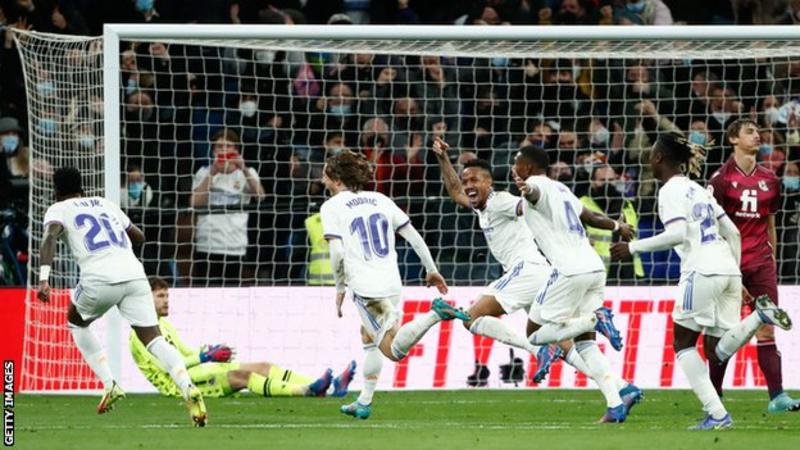 Real Madrid came from behind to beat Real Sociedad and go eight points clear at the top of La Liga.

The visitors led through a Mikel Oyarzabal penalty after 10 minutes with what would prove to be their only shot.

France veteran Benzema, who is La Liga’s top scorer, has scored 20 league goals for the fourth campaign in a row.

It looked as if his luck was out when he had a goal ruled out seconds after Camavinga’s opener – and then another in the second half by the video assistant referee – both for offside.

But the VAR ended up helping him score when it gave a spot-kick for a foul on Vinicius Jr which Benzema coolly slotted home.

Carlo Ancelotti’s Madrid, who has not lost a home game in La Liga this season, took advantage of second-placed Sevilla drawing 0-0 at Alaves on Friday.

Real Sociedad, who would have gone third with a win, remain sixth in the table.