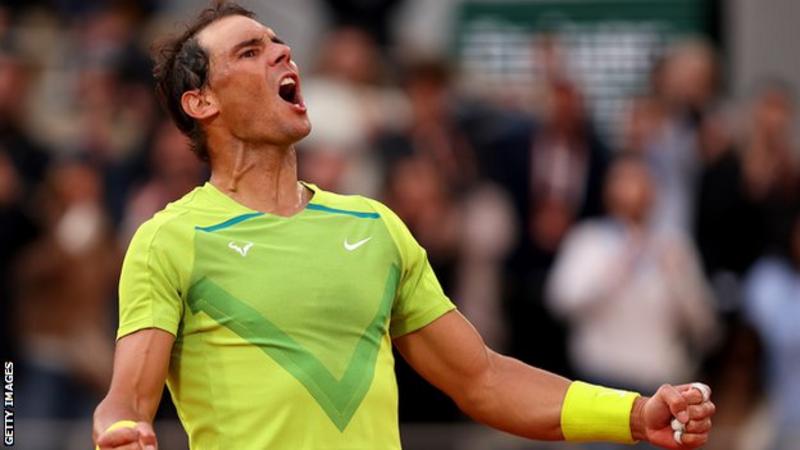 Carlos Alcaraz and Alexander Zverev will also meet in the last eight after each claimed straight-set victories.

The biggest draw of the next round though will be Nadal and Djokovic meeting for a men’s record 59th time.

Fifth seed Nadal fixed up the encounter by beating ninth seed Auger-Aliassime for his 109th win in 112 matches at the French Open.

The 13-time champion looked in serious danger of suffering his earliest exit at Roland Garros since 2009 when 21-year-old Auger-Aliassime showed quality and composure to force a fifth set on Court Philippe Chatrier.

It was only the third time Nadal had been taken to a decider on the Paris clay.

In front of a captivated crowd, Nadal demonstrated yet again why he is so special on the court where he has enjoyed the greatest successes of his career.

Nadal found an extra level when it mattered and used all of his experience to maintain clarity of thought in the decisive moments.

At 4-3 in the decider, he stretched to knock a forehand winner down the line for two break points and converted the second by scampering forward to push in a backhand.

As he prepared to serve for the win, Nadal’s name was chanted around Chatrier and he clinched victory – after almost four and a half hours – on his first match point with some deft touches at the net.

“It was a very important victory for me without a doubt,” said Nadal, who has never lost before the fourth round at Roland Garros.

“I didn’t start the match well, I had a lot of opportunities to break but I couldn’t convert. After coming back in the next two, I finished the third much better.

“I’m very happy with the attitude at the end because I was able to play more aggressive and go more to the net. That made a difference without a doubt.”

An interesting subplot to the match was the presence of Nadal’s uncle Toni, who now coaches Auger-Aliassime. 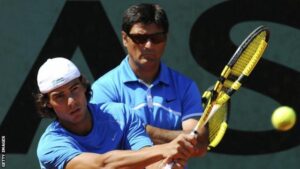 When he started working with Auger-Aliassime last year, the 61-year-old said would not be able to sit on court with the rest of the Canadian’s team in any match against his nephew.

Instead, Toni took a seat in the front row behind the baseline on Chatrier and saw Auger-Aliassime take advantage of a slow start by Nadal, who uncharacteristically made a series of unforced errors.

Those mistakes were reduced by Nadal in the second set and then he piled relentless pressure on to Auger-Aliassime’s serve in the third.

Most inside Chatrier expected Nadal to go on and win the match in four sets at that point.

But Auger-Aliassime had other ideas and forced a deciding set for which Toni Nadal did not stay as the drama escalated to the thrilling conclusion.