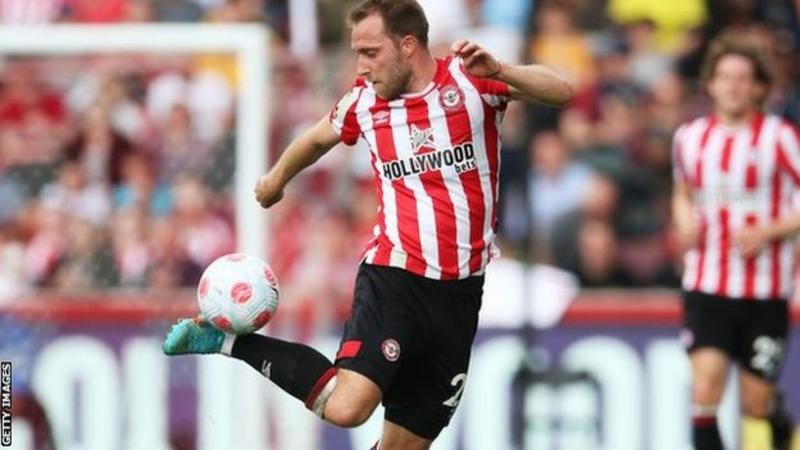 Manchester United have completed the signing of Denmark midfielder Christian Eriksen on a free transfer.

“I still have major ambitions in the game. There is a huge amount that I know I can achieve, and this is the perfect place to continue my journey,” Eriksen, 30, said.

“Manchester United is a special club, and I cannot wait to get started.”

Earlier in July, Eriksen agreed in principle to sign for United after his short-term contract at Brentford ended in June.

Eriksen, who returned to football after having an Implantable Cardioverter Defibrillator (ICD) fitted following his cardiac arrest at last summer’s Euros, could have returned to Brentford.

He joined the Bees in January after being released by Inter Milan because players who have an ICD fitted are not allowed to play in Serie A.

In addition, his former club Tottenham were interested in re-signing him this summer.

But Eriksen, who signed for Spurs in 2013, opted for United after talks with Ten Hag.

“I have seen Erik’s work at Ajax and know the level of detail and preparation that he and his staff put into every day,” he said.

“It is clear that he is a fantastic coach.

“Having spoken with him and learned more about his vision and the way he wants the team to play, I am even more excited for the future.”

Eriksen has scored 52 goals and provided 66 assists in 237 Premier League appearances for Tottenham and Brentford.

He will not fly to Australia for the final two games of United’s pre-season tour, but will link up with his new team-mates before their trip to Oslo on 30 July, where they will face Atletico Madrid.

Meanwhile, it is understood talks to complete the signing of Argentina defender Lisandro Martinez from Ajax is progressing well.

However, a deal is yet to be done for the 24-year-old.

Raphinha: Barcelona sign attacker from Leeds United in deal worth up to £55m