Raphinha: Barcelona sign attacker from Leeds United in deal worth up to £55m 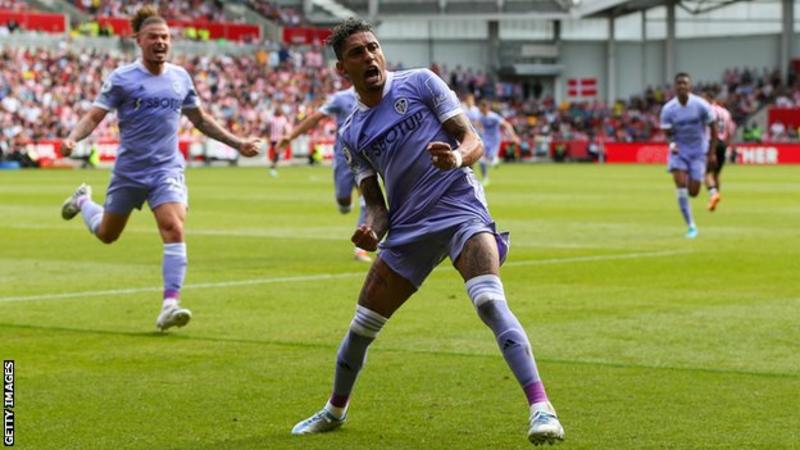 Barcelona have signed Brazil forward Raphinha from Leeds United in a deal worth up to £55m.

The 25-year-old Brazilian forward was unveiled to fans at the Catalan club’s training ground on Friday.

Raphinha, who joined Leeds from French side Rennes for £17m in 2020, made 65 Premier League appearances for the Yorkshire club, scoring 17 goals and providing 12 assists.

“It’s a dream come true since I was a kid,” Raphinha told Barca TV.

Leeds United paid tribute to Raphinha in a club statement confirming his departure: “We would like to place on record our sincere gratitude to Raphinha for his effort and contribution whilst at the football club.

“He showed unquestionable commitment and professionalism until the very end of his time at Elland Road and his celebrations at the Brentford Community Stadium will live long in the memory.”

Raphinha scored a penalty for Leeds in a 2-1 victory at Brentford on the final day of the 2021/22 season that secured their place in the Premier League.

Leeds and Barcelona reached an agreement in principle on Wednesday, with the initial fee, reported to be £50m, rising to a potential £55m with add-ons. Contract details are yet to be confirmed but the Brazilian forward is expected to sign for five years.

Raphinha had appeared set for a move to Chelsea until Barcelona expressed interest.

Chelsea’s Premier League rivals Arsenal and Spurs were also understood to have been keen on the Elland Road attacker but his preferred choice has always been to switch to La Liga.

He made his full senior debut for Brazil in October and has since earned nine caps and scored three goals for the national side.