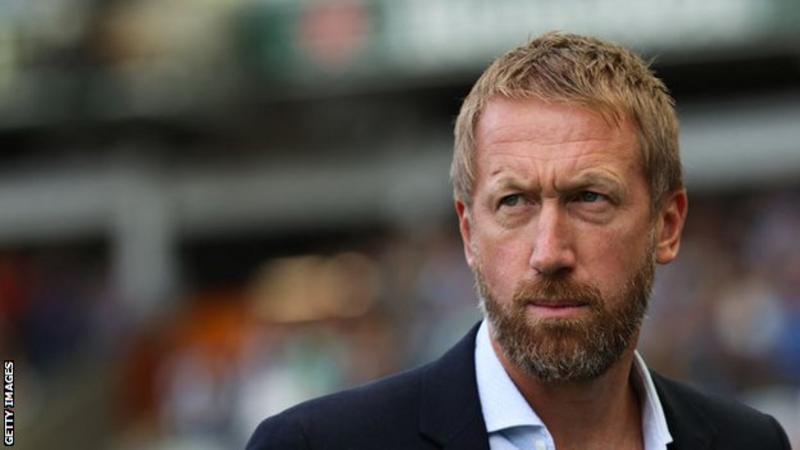 Chelsea have appointed Graham Potter as their new manager following the sacking of Thomas Tuchel.

Potter has left fellow Premier League club Brighton to take up the role and has signed a five-year deal with the Blues.

The 47-year-old said he was “incredibly proud and excited to represent Chelsea”.

Potter’s first game in charge will be an away derby with fellow west London club Fulham on Saturday at 12:30 BST.

“We are thrilled to bring Graham to Chelsea,” said the Stamford Bridge club’s chairman Todd Boehly.

“He is a proven coach and an innovator in the Premier League who fits our vision for the club.

“Not only is he extremely talented on the pitch, he has skills and capabilities that extend beyond the pitch which will make Chelsea a more successful club.

“He has had a major impact at his previous clubs and we look forward to his positive impact at Chelsea.

“We look forward to supporting him, his coaching team and the squad in realising their full potential in the coming months and years.”

He has guided them to fourth in the table this season after winning four, drawing one and losing one of their six Premier League games.

Chelsea decided to sack Tuchel with the Blues sixth in the top flight, with the German winning three trophies in 20 months at Stamford Bridge.

“I am very excited to partner with Chelsea’s new ownership group and look forward to meeting and working with the exciting group of players and to develop a team and culture that our amazing fans can be proud of,” said Potter.

He also offered a “sincere thanks” to Brighton, including chairman Tony Bloom, for their support during his spell of just more than three-years at the club.

Brighton Under-21 coach Andrew Crofts has taken over as Brighton’s interim head coach.