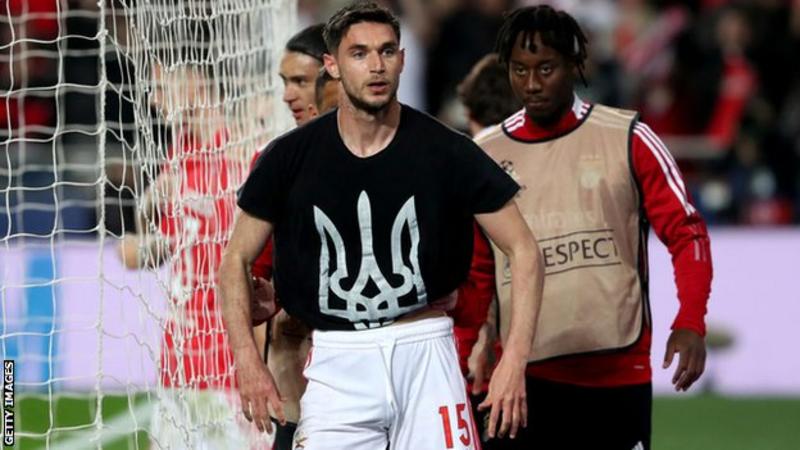 Roman Yaremchuk unveiled an emblem in support of his homeland Ukraine after levelling for Benfica against Ajax in the Champions League last-16 first leg.

It comes amid growing fears of war between Ukraine and Russia.

The substitute netted in the 72nd minute to make it 2-2 before taking off his shirt to show the trident symbol.

Ajax’s Sebastien Haller had earlier scored at both ends, levelling for the visitors with his 11th goal in the competition after scoring an own goal.

Dusan Tadic opened the scoring for the Dutch champions with a well-taken finish at the Estadio da Luz in Lisbon.

Yaremchuk’s celebration saw him reveal the Ukrainian Association of Football’s logo under his shirt.

Ajax welcome Benfica in the return leg in Amsterdam on 15 March with the tie all square.