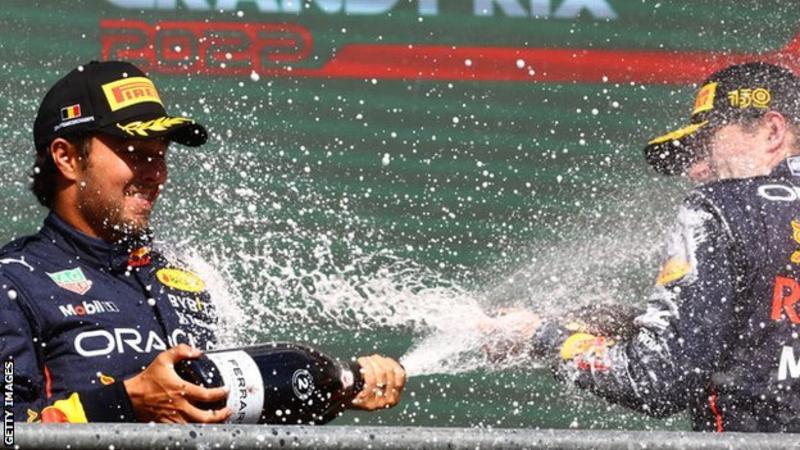 There is just no stopping Max Verstappen right now – not on his way to a stunning victory in the Belgian Grand Prix, and not as he heads inexorably towards a second consecutive world championship.

The Red Bull driver’s first title may have been won in dramatic and controversial circumstances in Abu Dhabi last year, but the only remaining question marks over his second are when he will clinch it.

Mercedes team principal Toto Wolff said after Sunday’s race at Spa-Francorchamps that it would be by the time Formula 1 leaves Europe.

As that is in two races’ time and there will still be six races to go at that point, that is highly unlikely. But shortly after that, in either Singapore or Japan, now looks distinctly possible.

When it comes, he will deserve it. His driving this season has been peerless, and in Spa that was more the case than ever.

On pole by more than 0.6secs; consistently quicker than anyone else in the race by at least a second. He was, as his Red Bull team-mate Sergio Perez put it, “on another level”.

The Red Bull team principal Christian Horner described it as “a phenomenal performance”.

“Max was quite simply in a league of his own,” Horner said. “And not just today; all weekend. He has excelled here in the past and today he has basically smashed it out of the park.”

Horner added: “Max, since winning that championship last year, has taken another step. It’s in many ways released him, and he’s driving at an incredible level.

“A driver that is completely at one with the car and is in an absolute purple patch of his career.”

It was Verstappen’s ninth win in 14 races, and right now it is difficult to see how anyone else will win another race this season.

They probably will, of course. Red Bull surely can’t be as dominant as this at all the remaining eight races. Or perhaps they can.

Certainly, the single-season record of 13 wins, held jointly by Michael Schumacher with Ferrari in 2004 and Verstappen’s predecessor at Red Bull, Sebastian Vettel, in 2013, is looking vulnerable.

Indeed, Horner described this as “probably one of the most dominant performances that we have had as a team since either 2010 (he meant 2011) or 2013. It is right up with that period, and I don’t think we have ever won a race starting from 14th on the grid.”

In 2013, it is worth reminding oneself; Vettel won the final nine races in a row. Verstappen is already on a run of three, and he heads into his home race in Zandvoort this coming weekend, a race he utterly dominated last year in his close championship battle with Lewis Hamilton.