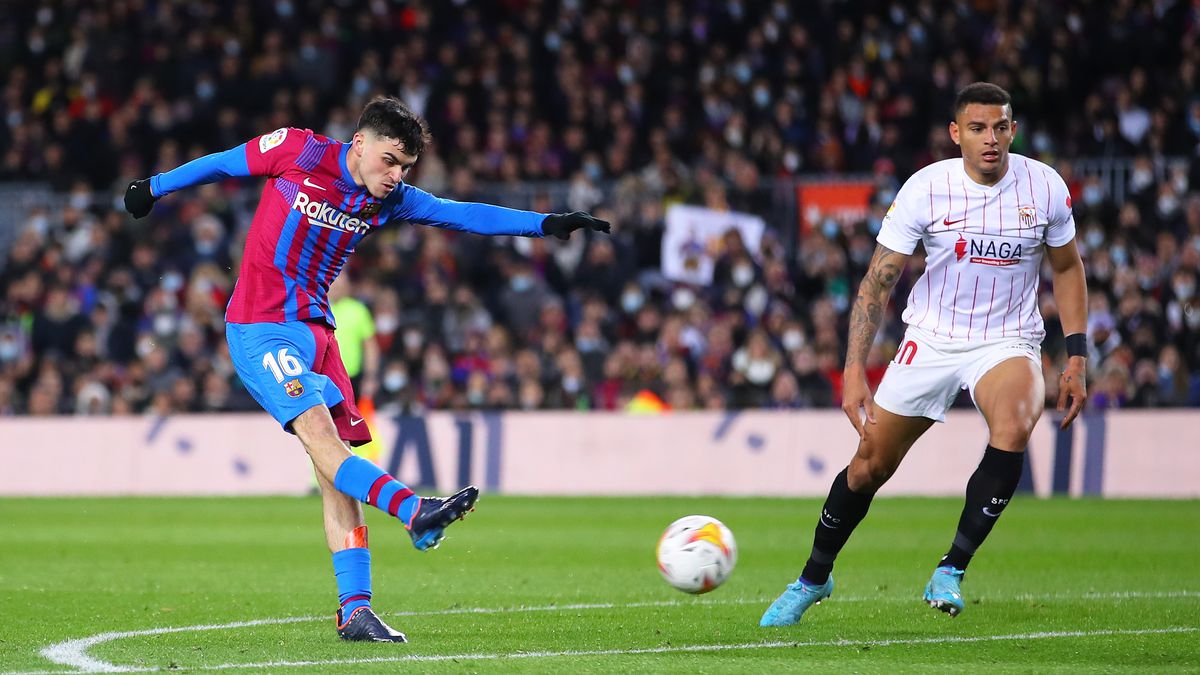 Pedri scored a brilliant second-half goal as Barcelona beat Sevilla to move up to second in La Liga and keep their title hopes alive.

After a goalless first half, the 19-year-old midfielder showed great composure on the edge of the box to thump a shot into the bottom corner.

Sevilla had a penalty shout in the first half when Anthony Martial’s shot hit Ronald Araujo’s arm.

But Barcelona were the better side as Gerard Pique also hit the post.

Defender Pique, though, was perhaps fortunate not to be sent off late on as he pulled back Jesus Corona, who looked set to run clear on goal.

But Barcelona held out to take a crucial three points and extend their unbeaten run to 14 games. They are now 12 points behind leaders Real Madrid with a game in hand.

Sevilla had started the day in second place, but dropped to fourth, behind Barcelona and Atletico Madrid on goal difference, as their own 15-game run without defeat came to an end.