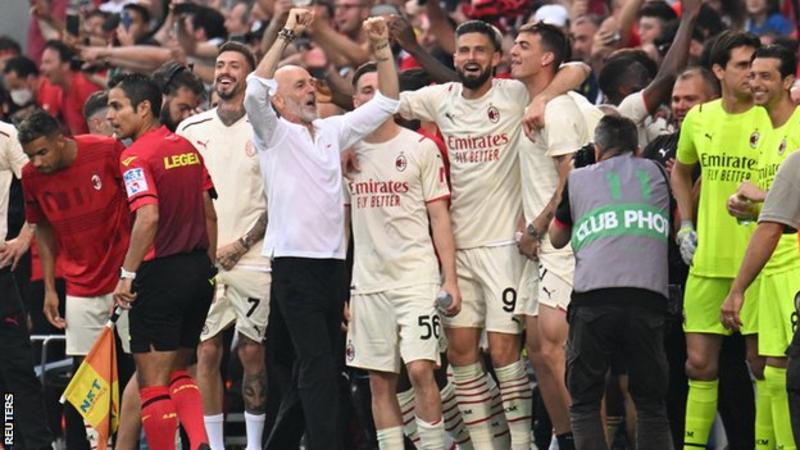 AC Milan won their 19th Serie A title but the first for 11 years by cruising to victory at Sassuolo.

Olivier Giroud scored twice with Franck Kessie also on target for the visitors.

The title triumph vindicates Milan’s decision to appoint Stefano Pioli as manager in 2019 – a move that was initially unpopular with Pioli having led city rivals Inter for six months.

Inter finished two points back, a final-day 3-0 victory over Sampdoria ultimately in vain.

Napoli were third after a 3-0 win at Spezia while Juventus ended their disappointing season under Massimiliano Allegri – who won the title with Milan in 2010-11 – by finishing fourth but qualifying for next season’s Champions League.

England international Fikayo Tomori was part of Milan’s title-winning team in his first full season since his permanent move from Chelsea last summer. 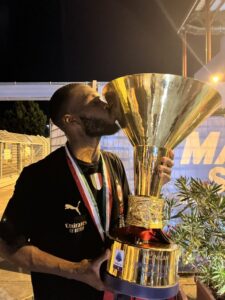