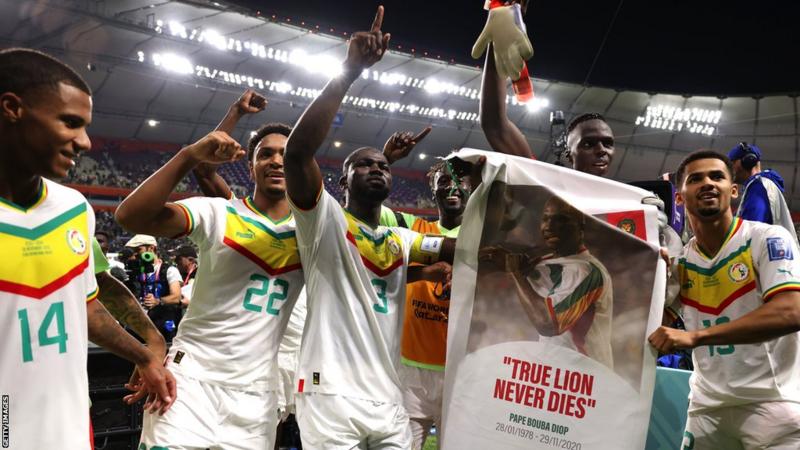 Senegal players dedicated their World Cup win over Ecuador to the late Papa Bouba Diop, who starred for the country at the 2002 finals.

Their 2-1 win over the South Americans on Tuesday, which sealed the West Africans’ progress to the last 16, where they will meet England, fell on the second anniversary of the midfielder’s death aged 42.

Diop scored the winning goal as debutants Senegal shocked holders France in the opening game of the tournament 20 years ago. 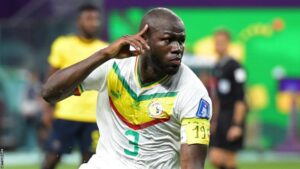 Senegal captain Kalidou Koulibaly wore a special armband against Ecuador with ’19’ – Diop’s shirt number – on it and said he would give his man of the match award to Diop’s family.

“We knew the anniversary of his death was something very important for his family,” the Chelsea centre-back said.

“We wanted to pay homage to him, he made me dream when I was a boy. We wanted to commemorate the great player he was. He’s a legend of Senegalese football.”

Diop helped Senegal reach the World Cup quarter-finals in Japan and South Korea, making them just the second African team to reach that stage of the finals after Cameroon in 1990.

Nicknamed ‘The Wardrobe’, he later had spells in England with Fulham, Portsmouth, West Ham United and Birmingham City.

After an opening defeat by the Netherlands and victory over host Qatar, the African champions went into their final Group A game against Ecuador knowing they had to win to make the knock-out stages – and their victory has set up a first ever clash with England in the last 16.

“We knew we wanted to play in his honour, this wasn’t something we were going to let slip,” Koulibaly, 31, added.

“It was important for us as a team to make our families and Papa’s family proud. I will give his family the trophy in his honour.”

After the match, celebrating Senegal players held up a banner with a picture of Diop, who scored three goals at the 2002 finals, which said ‘True Lion Never Dies’ in front of their supporters.

Senegal’s links to the 2002 side run deep, with the then captain Aliou Cisse now national coach and striker El Hadji Diouf with the side in Qatar as a team ambassador.

Another member of that squad, midfielder Alassane N’Dour, said the current side had done Diop proud.

“Before the game we talked to the players to say he used to be a lion on the pitch, so just play like him when he used to play,” N’Dour said.

“We are very proud and this is a very good memorial for him. We are very happy. We know that where he is now, he’s happy to see the boys playing like him.” 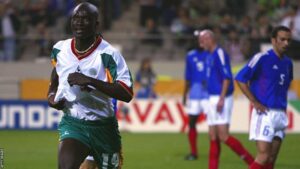 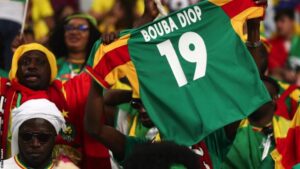