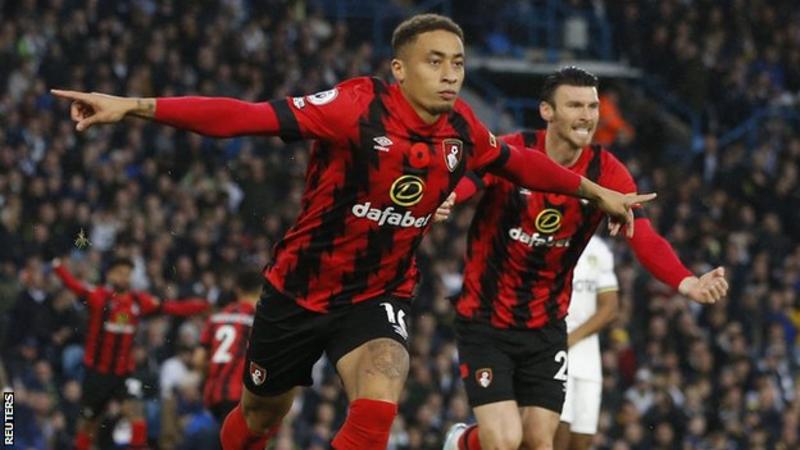 Leeds United fought back from 3-1 down to beat Bournemouth in a remarkable game played out in an electric atmosphere at Elland Road.

Leeds were looking to build on last week’s victory at Liverpool and they got off to the perfect start when Rodrigo scored from the penalty spot after Marcos Senesi brought down Crysencio Summerville after just 51 seconds.

But their dream start quickly turned sour as Bournemouth equalised from their first serious attack through Marcus Tavernier’s volley before Philip Billing lashed past Illan Meslier to give the Cherries the lead.

In a breathless encounter, Dominic Solanke made it 3-1 early in the second half with a delicious finish, only for Leeds, who were booed off the pitch by their own fans at half-time, to hit back with two goals in eight minutes.

Twenty-year-old substitute Sam Greenwood lifted spirits with a spectacular finish from 20 yards before captain Liam Cooper made it 3-3 with a powerful header from a corner.

The winner, in a game dripping with entertainment, came from Summerville, with the 21-year-old keeping his composure to beat Mark Travers following a great pass by substitute Wilfried Gnonto for his third goal in as many games. 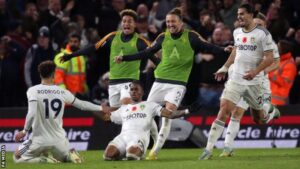 ‘We never have simple victories’

This was, quite simply, an incredible match and the atmosphere at full-time could not have been more different to the one at half-time when boos rung from all four sides of the ground following a dismal first 45-minute showing by Leeds.

Jesse Marsch celebrated on the pitch with his players as fireworks lit up the night sky after what the Leeds boss hopes will be a season-changing result.

“We’re just looking for consistency. It makes life easier for a manager instead of living on the edge of your emotion,” said the American after his eighth win in 25 Premier League games since taking over in late February.

The win at Liverpool helped create some breathing space for Marsch after a poor run of form – but the goodwill did not last and supporters made their feelings known as they trailed at the break.

Yet after Solanke made it 3-1, the home side scored three times in a remarkable spell which completely transformed the mood at Elland Road and lifted the Whites up to 12th in the table.

To eradicate mistakes, Marsch still has his work cut out but the character and determination of his players cannot be questioned.

Leeds meet Tottenham next in the top flight on 12 November and Marsch’s side can travel to London for their final game before the break for the World Cup with spirits high.