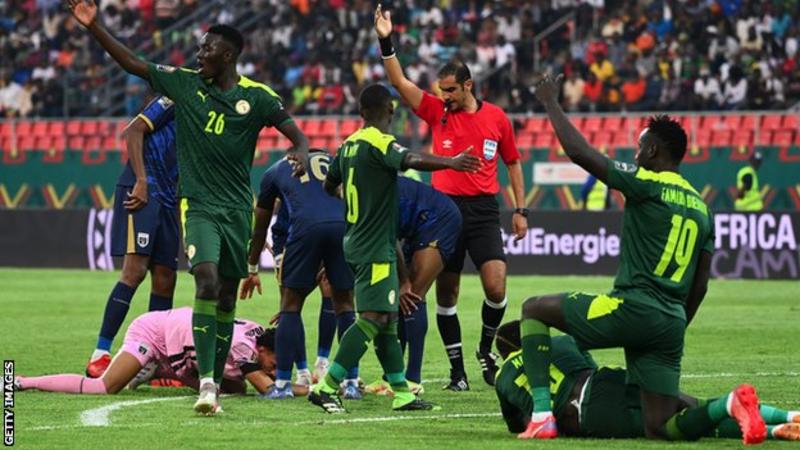 Sadio Mane scored as Senegal beat nine-man Cape Verde 2-0 in the last 16 at the Africa Cup of Nations, but was immediately forced off with concussion.

Mane curled in off the underside of the crossbar soon after keeper Vozinha had been dismissed over a nasty clash of heads with the Liverpool forward.

Mane continued despite appearing to be briefly knocked out in the incident.

After celebrating his goal, he lay down on halfway, and before the game restarted, he was led off the field.

The match in Bafoussam was preceded by a minute’s silence for the victims of the crush at the Olembe Stadium on Monday.

Senegal will face either Mali or Equatorial Guinea in the last eight on Sunday.

Tournament organisers the Confederation of African Football may have questions to answer about their concussion protocols after Vozinha and Liverpool striker Mane were both floored in the 53rd minute.

The Cape Verde keeper rushed out of his box in an attempt to intercept a long kick downfield by Senegal keeper Edouard Mendy, and collided head-first at pace with Mane, who had got to the ball first and headed forward.

After a lengthy stoppage a clearly groggy Vozinha was about to be substituted but, following a video assistant referee review, deserved to receive Cape Verde’s second red card for his reckless challenge.

Somehow Mane was deemed fit to continue and, after having a shot saved by substitute keeper Marcio Rosa, the forward then broke the deadlock from the resulting corner.

With further medical assessments to follow, Mane will surely be a doubt for Senegal’s quarter-final tie. 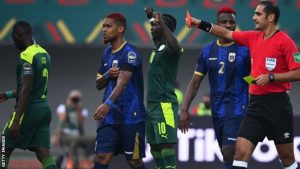 Afcon 2021: Quarter-final at Olembe Stadium to be moved after fatal crush