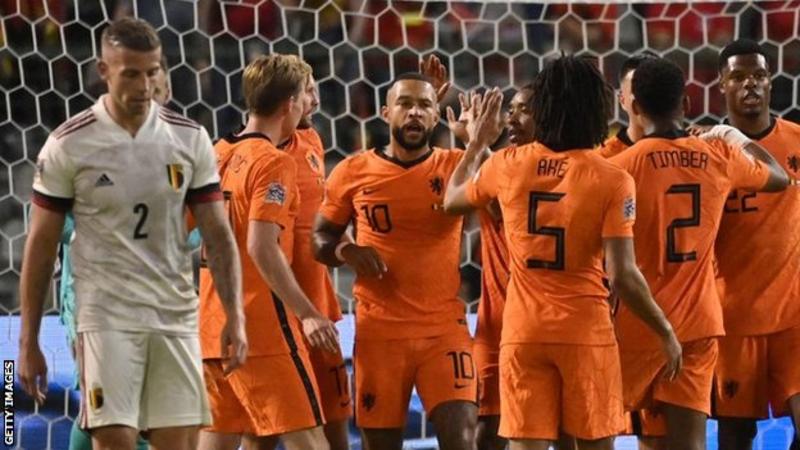 The Netherlands began their Nations League campaign with a dominant win against a dire Belgium, who also lost Romelu Lukaku to injury.

Tottenham’s Steven Bergwijn was also on target, netting a long-range opener, with Denzel Dumfries scoring the other via a close-range tap-in.

Michy Batshuayi headed a consolation for Belgium in added time.

It was a frustrating night overall, though, for the Red Devils, with Timothy Castagne striking the bar with a rising shot with the score at 0-0 and the Leicester player also seeing a goal ruled out by VAR after Batshuayi was spotted in an offside position in the build-up.

Dries Mertens also struck the woodwork with an angled shot late in the game for Roberto Martinez’s team.

Anything but a handsome win would have been scant reward for what was a superb display from the hard-working, skilful Netherlands team.

The Netherlands are clearly looking to make up for lost time, having failed to qualify for the 2018 World Cup and lost in the last eight of Euro 2020.

Having survived Castagne’s early strike against the woodwork, they took complete control of this Group A4 clash, assisted by Lukaku limping from the field after a clash with Nathan Ake, stripping the home side of their chief attacking threat.

It adds further misery after what has been a disappointing club season for Lukaku, who would have expected a greater return than 15 goals after his big-money move from Inter Milan last summer. 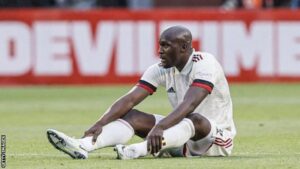 There were no such attacking issues for the Dutch, though.

Almost as impressive as the way they repeatedly carved open a weak Belgian defence was their fierce pressing from the front, which saw them steal the ball on numerous occasions to set up opportunities.

Depay will take much of the praise for his coolness in front of goal, but credit is also due to Bergwijn, who has not often looked the part at Tottenham but provided further evidence here that he is best not written off.

With talent across the pitch and the likes of Matthijs de Ligt, Teun Koopmeiners, Noa Lang and more in reserve, they could be one to watch not only in this Nations League but in Qatar at the end of the year.

In contrast, Belgium looks to be running out of time if they are finally to capitalise on the talents of their lauded golden generation.

They were booed from the field at full-time and will expect much better when they travel to Wales on 8 June, the same day that the Netherlands host Poland in the other Group A4 match.