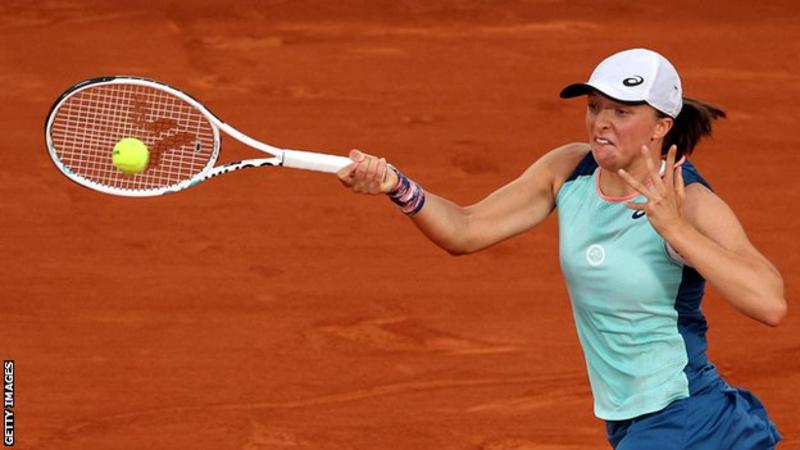 Poland’s Swiatek, 21, won 6-1 6-3 against the American teenager to record her 35th straight victory – equalling the longest WTA streak this century.

Gauff, 18, was contesting her first major final and made a nervy start.

Swiatek, who also won Roland Garros in 2020, took full advantage and went on to win her sixth successive title.

By fighting back from a break down in the second set, Swiatek won the 56th of her past 58 sets.

She also maintained her streak of winning in finals, extending that record to nine in a row.

With clouds darkening and thunder rumbling overhead, Swiatek brought up two championship points and took the first when Gauff hit a forehand long.

After a warm embrace with Gauff, Swiatek dashed off court to hug her team – and Poland footballer Robert Lewandowski, who came to watch on his day off from Nations League duty.

However, the celebrations were in stark contrast to the sight of Gauff, who was distraught as she sat alone on her chair and broke into tears before putting a towel over her head.