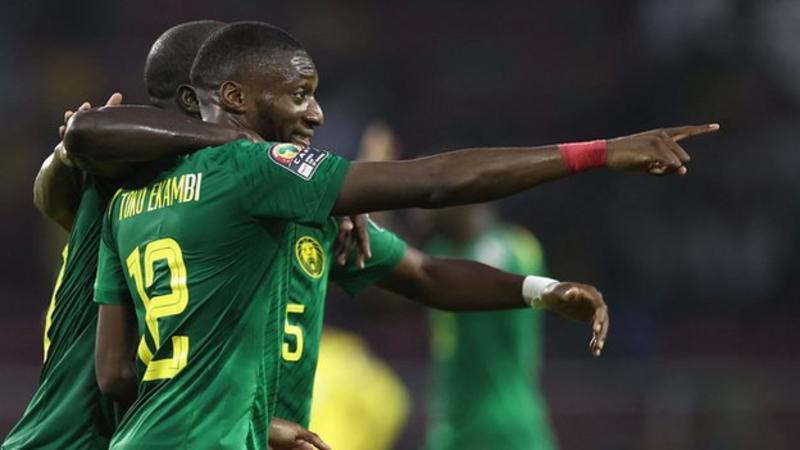 Hosts Cameroon became the first team to qualify for the last 16 at the Africa Cup of Nations with an emphatic 4-1 win over Ethiopia in Group A.

Hotessa Dawa slid home after four minutes but the hosts were level after eight as Toko-Ekambi headed home.

In the second half, Aboubakar struck twice, and Lyon’s Toko-Ekambi then added his second after 67 minutes.

Cameroon is certain to qualify for the next stage as one of the best four third-placed sides at the very least, but will win their group if they avoid defeat against Cape Verde on Monday.

After scoring two penalties as the Burkinabe were beaten 2-1 on the opening day, Cameroon captain Aboubakar is the tournament’s top scorer – with his header and tap-in taking him to four goals.

He now has a record of five goals from 10 Nations Cup games, a marked improvement from his first eight games, which produced just one goal – the winner itself in the 2017 final.

The Indomitable Lions, who are seeking a sixth Nations Cup title for Cameroon, have now won six games in a row – and have both feet in the last 16, with six points to their name.

How Nigeria neutralised Mohamed Salah in win over Egypt