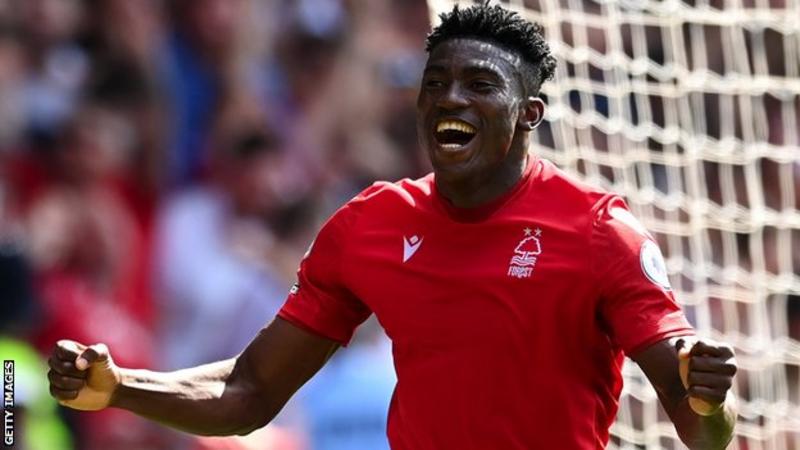 The 25-year-old bundled in from close range in first-half stoppage time against West Ham United to set his side on the way to a 1-0 win on Sunday.

Awoniyi spent six years as a Liverpool player without making a single first-team appearance, before moving to Union Berlin in 2021 and then on to Forest for £17m in June.

“I’m really happy with the goal because it took me a long journey to get back to the Premier League,”

“That’s why I’m very, very proud of myself, and of course I am grateful to God about it.”

Awoniyi scored 20 goals in 43 games across all competitions last season for Union before returning to England when Forest paid what was then a club record fee for his services.

His goal at the City Ground, on his first start for the club, will not rank among the finest of his career, but the Super Eagle sees the bigger picture for Forest.

“The most important thing for me is just for the team to win,” he added.

“We must say a very big thank you to the fans, because from the beginning of the game till the end, they were all behind us and it’s what kept the team going to the last whistle.

“We just have to keep on going on. I believe at the end of the day we’ll have a great season.”

Forest lost their Premier League opener to Newcastle and have since broken their transfer record to sign Nigeria international Emmanuel Dennis from Watford for £20m. They also brought in Senegal midfielder Cheikhou Kouyate on a free transfer.