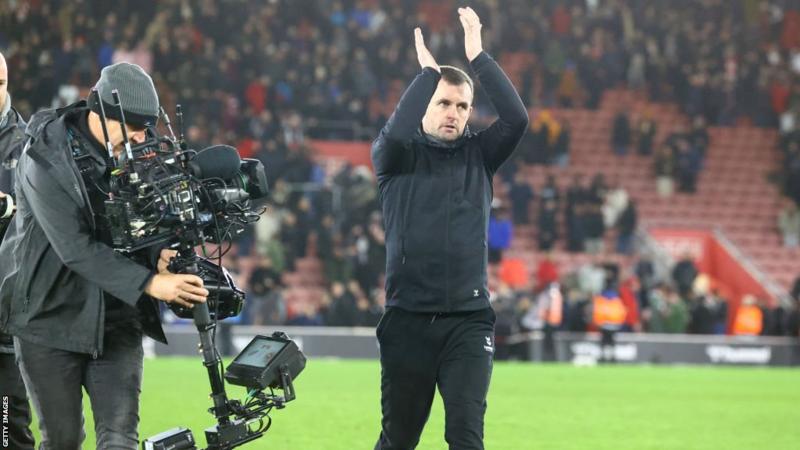 Nathan Jones’ approval rating as Southampton manager has barely risen above zero since his arrival on the south coast from Luton Town in November.

Greeted with a discernible wave of indifference by Saints supporters following his appointment, the sight of almost 10,000 empty seats at St Mary’s for an EFL Cup quarter-final against Manchester City was a gauge of the current mood around the club.

Jones has lost his first four Premier League games in charge and when Southampton went a goal behind in the FA Cup third round tie at Crystal Palace at the weekend, the visiting support questioned the validity of his methods and quality of football in what can be politely described as graphic and robust terms.

Southampton went on to win, of course, but it is a sign of the instant demands for success heaped on a new manager that someone who only took over in November was regarded by some as a serious candidate for the sack in early January.

And so it was, with football’s glorious capacity for surprise, that Jones and Southampton turned form and logic on its head in the EFL Cup quarter-finals as the Premier League’s bottom club thoroughly deserved to unseat the reigning champions and competition favourites by a 2-0 margin.

Southampton have now been handed a semi-final meeting with Newcastle United as they close in on an unlikely Wembley appearance, given their struggles this season.

To describe the mood among those with a Southampton favour before kick-off as pessimistic would rank as a masterpiece of understatement.

And while a victory of this importance does not mean it is time to start serving up large helpings of humble pie, Jones certainly deserved his celebration on the pitch and the warm ovation he received going down the tunnel, as he can now contemplate an EFL Cup semi-final. 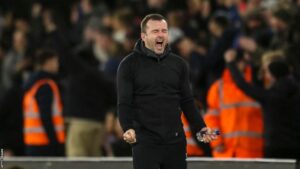 Jones only has cup wins to his name since his appointment but this result must act as a turbo-charge to confidence before a crucial league game against fellow strugglers Everton at Goodison Park on Saturday.

He has clearly been wounded by the criticism so was clearly delighted as he said: “I’m really proud of the players, of myself and the coaches.

“We’ve gone through a lot recently, people questioning lots of things. That goes a little way to justifying why we’re here and what team we’re trying to create.

“We were excellent. It’s been building. I’ve had three Premier League games and I only had one day to prepare for Liverpool.

“I’m not [magician] David Blaine. I understand people’s frustrations but we’re building. Rome wasn’t built in a day – we’re on the way.”

The beef about Jones from Saints’ following has been a perceived over-reliance on the long ball and the home loss to Nottingham Forest, when they failed to even muster a shot on target, has been a particular bone of contention among fans.

What a contrast this was as Southampton displayed all the qualities Jones insists are the hallmarks of his side, namely aggression and intensity matched with fierce pressing. 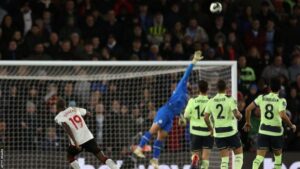