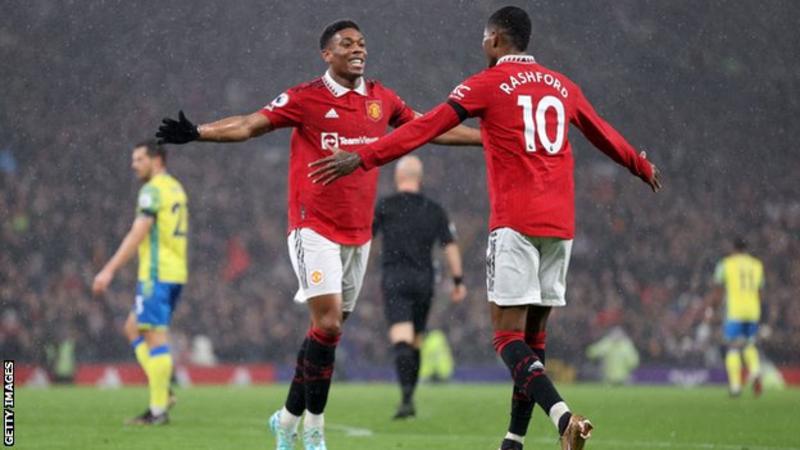 Manchester United will play Nottingham Forest while Southampton face Newcastle in the semi-finals of the Carabao Cup.

Steve Cooper’s Forest side will host the first leg against United after beating Wolverhampton Wanderers 4-3 in a penalty shootout on Wednesday following a 1-1 draw.

The two legs will be played in the weeks commencing 23 and 30 January.

Manchester United secured their place in the semi-finals by beating League One Charlton 3-0 at Old Trafford on Tuesday.

Newcastle, who are third in the Premier League, beat Leicester 2-0 to progress to the last four.