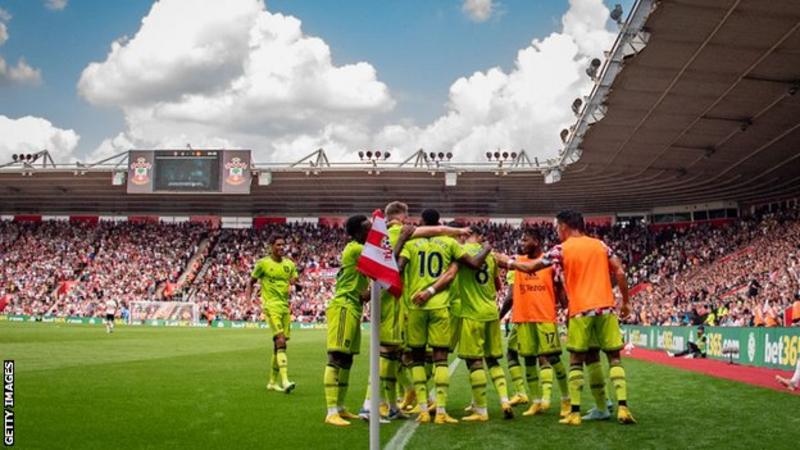 Manchester United arrived at Southampton under pressure to prove the thrilling win against Liverpool was not simply a one-off illusion produced out of desperation.

Erik ten Hag’s side sent spirits soaring and lifted the mood of crisis around Old Trafford with victory over the old adversary at Old Trafford on Monday night for the new manager’s first Premier League win.

Familiar questions would have been posed, however, had United turned out to be one-hit wonders and slipped back into the old ways that saw them beaten at home by Brighton and humiliated 4-0 at Brentford in their opening games.

In the sunshine at St Mary’s, and on a surface that looked like a victim of the recent drought, United fashioned a win that was not spectacular, was in fact at times a bit of an eyesore, but which was absolutely essential.

Time will tell whether the 1-0 victory, secured by Bruno Fernandes’ precise side-footed volley in the 55th minute, is another building block on the road out of adversity or a false dawn, but for now this is exactly what United and Ten Hag needed.

The manager, wisely, stuck with the side that beat Liverpool, which meant captain Harry Maguire and Cristiano Ronaldo were kept on the bench, where they were joined by Casemiro, United’s new marquee signing from Real Madrid.

There were times when United had to dig deep to keep Saints out but at least they had the capacity to get the shovel out and start digging, unlike at Brentford, where they subsided completely and to call them flimsy qualified as a superlative.

The Brentford game was a collective trauma for Ten Hag and his team, but particularly for Lisandro Martinez as the diminutive £57m defensive signing from Ajax found himself removed after 45 minutes of relentless bullying by Ivan Toney.

Martinez demonstrated his character and resilience with a starring role against Liverpool and he was man of the match here, his efforts being rewarded with chants of “Argentina” throughout the game and at the final whistle.

How he fares against strikers of greater stature remains to be seen given Southampton, like Liverpool, did not possess someone in the mould of Toney who could exploit the Argentine’s lack of height – but there is no question United have got a real competitor and fighter in Martinez.

Fernandes’ goal, taken expertly from Diogo Dalot’s cross, may also be seen as another good sign for Ten Hag. The Portuguese, so influential in the months after his arrival from Sporting Lisbon, became mired in the mediocrity that engulfed United and was spending more time bickering about decisions and attempting to win cheap fouls than influencing affairs during games. 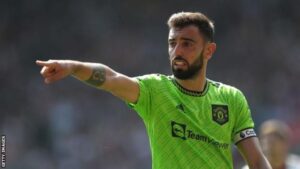