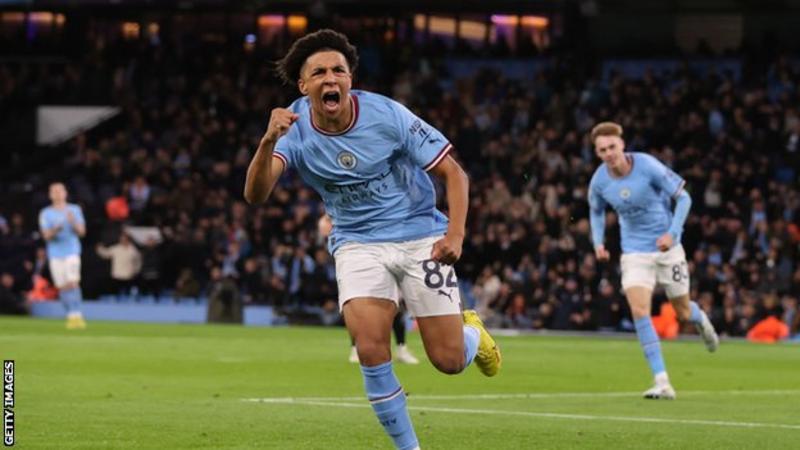 Pep Guardiola hailed 17-year-old Rico Lewis’ Champions League night to remember and assured the youngster he earned it because “we don’t give presents” at Manchester City.

Bury-born Lewis has been with City since he was eight.

He marked his full debut by driving home the Blues’ equaliser in their 3-1 group stage win over Sevilla.

In doing so, he was eclipsing Karim Benzema as the youngest player to score on his first start in the competition.

He left the field to a standing ovation, which was more pronounced because he had to walk halfway around the pitch after being told to leave it on the far side by the referee when he was replaced by Joao Cancelo five minutes from time.

“We don’t give presents here,” said Guardiola. “He had to earn it.

“The people love players from the academy but we see him every day. We know he has quality and I am really happy for him.”

Guardiola took Lewis on City’s pre-season tour of the United States this summer after the youngster was recommended by the club’s youth coaches.

He said his squad realised within two minutes at training the youngster was someone they could rely on.

“He played for a few minutes against Bayern Munich in pre-season and also in the training sessions. We felt he had something special.

“The players didn’t know him before. But you know good players in two minutes. They knew they could rely on him 100%.” 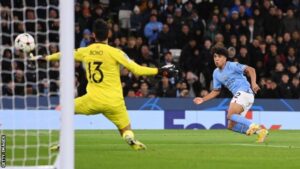