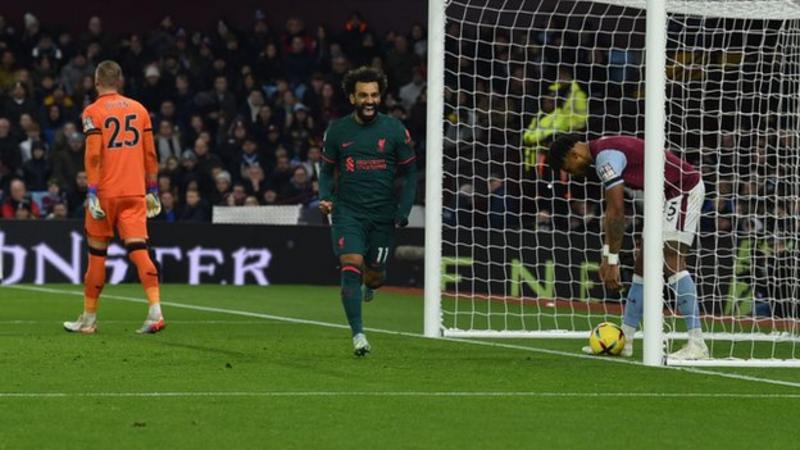 Liverpool made a winning return to Premier League action as they restarted their bid to force their way into the top four with an entertaining victory over Aston Villa.

Goals from Mohamed Salah, Virgil van Dijk and Stefan Bajcetic ensured the Reds recorded a third successive league win for the first time this season and reduced the gap to the Champions League places to five points.

While Liverpool’s first fixture after the World Cup break resulted in a Carabao Cup fourth round defeat by Manchester City on Thursday, Salah’s fifth-minute opener – created by a couple of sublime passes from full-backs Trent Alexander-Arnold and Andrew Robertson – gave them the perfect start on their league return.

Darwin Nunez’s wastefulness prevented the visitors from extending their lead but they were able to add a second before half-time when Van Dijk’s shot deflected in off Ezri Konsa following a corner.

Ollie Watkins and Leon Bailey had both squandered a couple of fine opportunities for Villa in a hugely entertaining first half but Unai Emery’s side were rewarded for their persistence after the restart when Watkins headed in Douglas Luiz’s cross.

However, Spanish teenager Bajcetic’s first senior Liverpool goal nine minutes from time, which followed great work by Nunez to recover the ball at the byeline, ended home hopes of a dramatic fightback at Villa Park.

Liverpool up and running in top-four bid

While Jurgen Klopp said he was pleased that his sixth-placed side would resume their campaign “within punching distance” of the Premier League’s top four, he added prior to kick-off that he felt it was a “long arm still” following their early season struggles.

But, with a game in hand on fourth-placed Tottenham, the Liverpool boss must now feel confident of attaining their target in the second half of the campaign.

The Reds’ cause had received an early boost when Spurs drew with Brentford earlier in the day and their first-half double put them in position to take full advantage.

Robertson’s crucial role in the opener – setting up Salah with a first-time ball across the six-yard box after Alexander-Arnold’s stunning outside-of-the-foot pass – saw him overtake Leighton Baines as the defender with the most assists in the competition’s history (54).

Despite appearing comfortable at half-time it was certainly not job done for Liverpool against determined opposition and they were relieved to add a late third after withstanding spells of intense Villa pressure following Watkins’ lifeline.

Klopp’s side dropped 20 points from their opening 14 fixtures – two shy of the total number of point s they let slip in the whole of the last campaign – but there are now signs of momentum for last season’s runners-up. 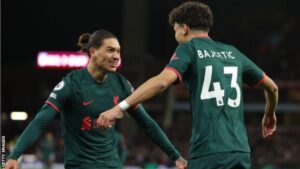 2023: WHY I AM BETTER THAN OTHER CANDIDATES, BARRISTER ALLI